I Give You Permission: Bottle Feeding

I’m about to say something controversial…quite possibly the most controversial thing I’ve ever written about…Some of you may “unlike” me or choose not to follow my blog anymore after this, which is fine (although you may be missing the whole spirit of these “I Give You Permission” posts..)…However other people may feel about this topic, I feel like I need to stand up for those of you who like me, have been treated like we’re the devil for making a choice…Today, I am giving you permission to bottle feed.

Sounds silly right? It saddens me that there are thousands of women who feel (and have been made to feel) like they need permission to feed their child in a way that works for them. However, there are many of us out there who have literally been treated as though we are the worst kind of child abusers for simply making the choice not to breastfeed.

After I had my first child, we were still a little  unsure about what we wanted to do, but we gave breastfeeding a whirl. It was awful. In and out of lactation with a child that would not latch. We were finally told that no one could help us. It was a long, stressful, tear-filled time. I was also being hounded by a lactation consultant every day on the phone, sometimes multiple times a day. I was at one point worried the La Leche League was going to beat down my door and yell at me. Pamphlets were being shoved down my throat and because I was having problems and wanted to try bottle feeding, I was attacked.  I was harangued into pumping, and felt like a cow being milked every few hours (only to make about a ounce and a half a DAY). Then, I made the choice to switch entirely to bottles and formula, and my life got instantly better. It worked for me. It was the right choice for our family. It is okay to do what works for you and your family.

When our second child came along and we started to have problems again (along with the harassment…a nurse even made me cry!), we CHOSE to bottle feed again. With our third and fourth child, we never even attempted to breastfeed. With our second and third child, whenever anyone gave me a dirty look or made a snide comment like, “Oh….you’re bottle-feeding” (and say bottle-feeding as though you were saying, “shoving moldy rat carcasses in your child’s mouth”) I would feel as though I HAD to launch into an hour long speech about our medical reasoning behind the choice and the trials we had with Hannah…Then it occurred to me…Why should I have to defend my choice to you?(And yes, it is a VALID choice.)  I knew as a mother what amount of stress I could  handle. I knew that with bottle-feeding, my husband could help (and now does ALL of the night-time feedings…I seriously scored in the husband department!) IT WORKED FOR ME. I realized that you don’t have to like my choice, because you didn’t make it…It doesn’t affect you. I have four happy and healthy children! (The bottle did not ruin them, and YES, I feel bonded to my children.) While an unpopular choice in today’s culture, it was what we needed to do for our family…to save my sanity…to get rest…it worked, whether anyone else liked it or not.

I have faced countless women who have made me feel ashamed….like I was a bad mother….like I was less of a mother than they were…(And they were doing it on purpose.) If you have gone through the judgment, the speeches, the articles people send you, the unsolicited advice, the dirty looks, the comments….I’m so sorry. No mother deserves to feel that way for making a choice that works for her and her children. Period.

Now this is NOT a post designed to say anything negative about breast-feeding…quite the contrary. I am all about moms making the choices that work FOR THEM. If you are a breastfeeding mom or even a lactivist, good for you. I’m glad you found something that works for you and your babies! If it works for you and your family, I am one hundred percent behind you! Breastfeeding is a great choice for some moms. Lots of moms I know talk about how much they love it. Some talk about how hard it is. Whether it is for you or not, it’s a valid choice…just like bottle feeding.

So, if you are a mom who bottle feeds, no matter the reason you’ve chosen to do so….I give you permission. You are NOT a bad mother. You are not an unnatural mother. You are not doing anything wrong. You are doing what works for you (and your kids will turn out just fine! Trust me!) My hope is that one day, no mom will have to suffer judgment and condemnation from other mothers, but that we can all decide to come together and support each other in the choices we’ve made. If you are a mom that feels really strongly about bottle feeding in a negative way, I would ask you to think twice before shaming or judging a bottle feeding mother. She’s not a bad person. Often, she’s gone through one heck of a trial, and may often feel pained, embarrassed, and saddened about having to bottle feed. Some mothers have simply chosen to bottle feed because it is easier for them, and are just doing what works. Let’s stand together, and allow each other the RIGHT to feed our child in whatever way we choose to. We’re all doing the best we can for our babies.

Until next time, you have my permission. 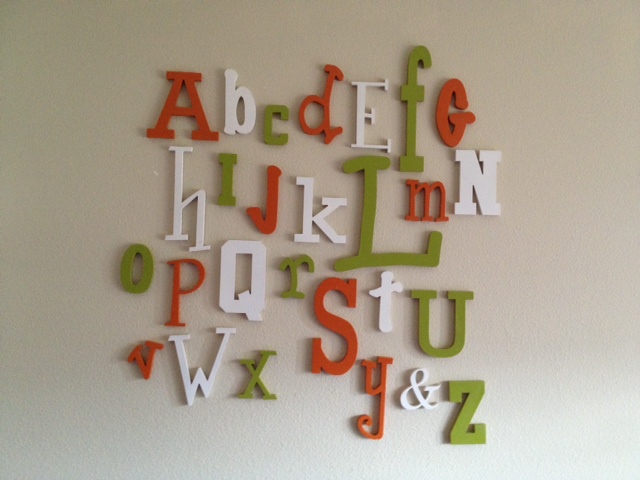