Posted by Bekki on Jun 5, 2012 in Diary of a Supermom, Featured, Silly But True, The Lighter Side of Life, Uncategorized | 2 comments 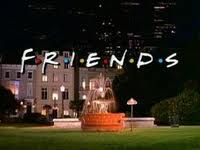 Last year, I turned 30. While at first it was not easy to embrace being in my thirties, I’m starting to see that a ton of good things will happen this decade. Last year, I wrote a very popular post reliving my first decade, 1981-1991. Taking a nostalgic look back at my life has been fun, laughable, and something I hope some of you will relate to! So today, as I turn 31, I bring you a look at my second decade. Enjoy!

For some of you in the same age ballpark as myself, I hope this sparks some memories from your childhood as well.

Wearing: People always knock the 80’s for being fashion backwards, but honestly, the 90’s were not much better…In middle school, I “rocked” big baggy t-shirts (most of which were geared towards boys), and had many a Stussy (remember making those fancy Stussy S’s in your notebook?) and No Fear shirts. I even had a hypercolor shirt! (Now that was pretty darn cool.) My sneakers came up to about my mid-thigh..(okay not really…but they were probably NBA regulation height..) As I entered high-school (in 1995), I wore true..uh…”classics” such as overalls, mock turtlenecks, and sadly, flannel. (I give myself the tiniest pass, as I do live in the NW, where people still whole-heartedly embrace flannel.) 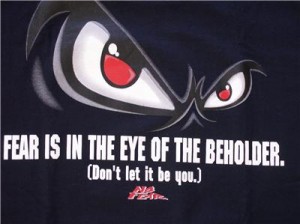 Watching: Friends! (I heart Ross.), Melrose Place (I would literally lock myself in a room on Monday nights and not accept phone calls during this show!) , Seinfeld (I threw a huge party for the last episode, and then we were all like…uh…really?!) The Fresh Prince of Bel-Air (I could sing you the entire theme song RIGHT NOW….and now it will be in YOUR head all day. You’re welcome.) , Saved by the Bell (The College Years), cult-classic comedy movies like Wayne’s World (Paryt time! Excellent!), Tommy Boy (was watching it when it was announced that Chris Farley had died), and Office Space (I’ve never been able to look at Michael Bolton the same way..)

I remember loving me some old school Christian music in middle school and high-school. I was all about Audio Adrenaline (I met them once, and thought Will was super dreamy), DC Talk (was at the concert they made their live album, “Welcome to the Freak Show,” and Newsboys. I was into ska, and tried my hand at liking rap. I got my first cd during this decade (Boyz II Men)! In the car my friends and I belted out Britney Spears (hit me baby, one more time!), were filled with angst along with Alanis, and yes, I know every single N’Sync and Backstreet Boys song by heart. I hearted the Smashing Pumpkins, was in love with Dave Matthews (one of the best concerts I’ve ever been to), and completely fell in love with punk music. (New Found Glory, The Ataris, MXPX, Good Charlotte, Something Corporate, Dashboard Confessional….so many more!) This decade was packed with concerts and live shows and I frequented many a mosh pit. 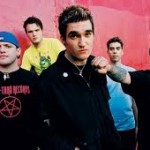 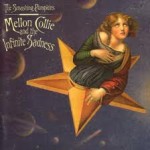 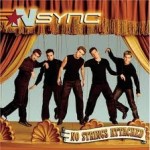 “Loves”: I was all too focused on actual boys during this decade to pay too much attention to celebrity crushes, but  I had a life-size cut-out of Derek Jeter…..Oh sweet Mr. November…(My  husband made me throw him away when we got engaged…)

Playing With: AOL! (I downloaded it without asking permission too!) You’ve Got Mail SO hit home, as I would get SO excited waiting for the dial-up, and couldn’t wait to see who would be online so I could use AIM. Oh instant messenger…I met many a teenage boy through that medium…sigh…(my children are never using the internet!) I found napster (until it became illegal and I do NOT endorse piracy!), and loved mp3’s and making “mixed cd’s.” (ya know, the upgrade from the mixed tape!) I got my first car, an old-school Toyota Corolla (named Adam Corolla), and could often be found cruising around town. I was on a co-ed indoor soccer team during this time as well.

Doing:  School and work were the name of the game. This decade brought me middle school, high school, and the first few years of college! I was one of those kids that LOVED every bit of school, and genuinely had a blast. I had a great group of friends in middle school, hung out with the “AP Posse” in high-school (we were nerdy but actually pretty cool), and loved my group of friends from the University of Portland (Go Pilots!!) I was in just about every club imaginable and held several “officer” positions around school. I was very involved with my youth group, went on several awesome missions trips, and began serving on youth staff right after graduating from high school. During this decade I held three of my 4 job titles (Daycare teacher, worker in the financial aid office at UP (I am SO sorry if you called asking for loan advice and got me on the phone!), and receptionist at a log scaling company (and I’m still not 100% sure what that means..) I started student teaching (in North Portland!)  and loved all of my education classes at UP. This was a crazy-busy, but crazy-wonderful time of life for me. I had great friends, great education, great work opportunities, helped a lot of awesome kids, fell in love, had my heart broken, cried, laughed, served, did mountains of homework, went out every weekend, and generally had a blast doing it all. This was a blessed decade.

Passionate About: school, my friends, the Lord, finishing strong, KIDS, figuring out what I believe and WHY

My teenage years were good to me. I’ve faced some trials in my life, but this was a decade full of laughter, love, learning, and lots of fun. Thank you for letting me re-live a bit of my history today as I celebrate my birthday and contemplate what my next decade may hold.