*This post is sponsored by 20th Century Fox. I received a free prize pack in exchange for this post. All opinions are my own.

Blu and Jewel are back for an all new adventure in Rio 2!

Make a plan to hit the theater with your family on April 11th, when Rio 2 flys into a movie theater near you!! Jewel and Blu are back, and preparing to take their family on a one-of-a-kind adventure – and YOUR family won’t want to miss it! This funny and heart-warming family film features a great soundtrack with a new hit song by Janelle Monáe! Check out this music video:

One lucky Chasing Supermom reader is going to win a great Rio 2 prize pack!! One reader will win a  $25 Visa gift card to see the film in theaters, anda Rio 2 plush and beach ball!! 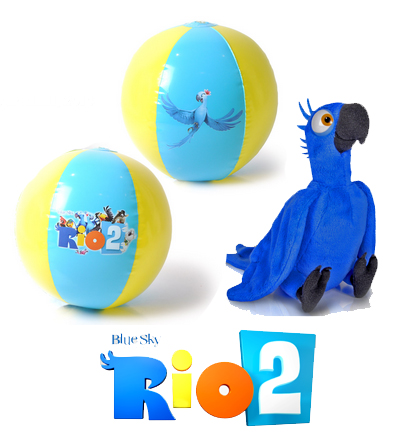 Thanks for entering and good luck!!