Another week of meal planning in the books! I hope this week sparks a new idea or two for you. This week was a busy one, and I was grateful to have my  meals planned out in advance.

*We did NOT care for the pancakes. While I can’t recall the brand, the mix came in a green box -steer clear!

It’s hard to go wrong with a roast chicken. There’s just something so comforting and homey about a chicken roasting in your oven. So so good. My husband introduced me to Cracker Barrel. Oh how I wish the NW would get a few of these restaurants! The casserole however, didn’t stand up to my hash brown casserole recipe (lovingly called “cheesy potatoes”). I think we’ll stick to our version.

Omelettes in a Bag

*Omelettes in a Bag was one of my first ever food posts  – and the quickest way to serve eggs to a crowd.

My husband requested that I make spaghetti with elbow macaroni instead of spaghetti noodles. His mom made spaghetti that way growing up, and it was a touch of nostalgia for him. This was also a meal that was easy to eat on the edge of the couch as we were watching the NCAA College Football Championship Game. GO BUCKS!!

*The BEST part about making a roast chicken is getting to make homemade soup! My kids are super-fans of my soup, and while my husband isn’t a big “soup guy” , even he agrees that my chicken noodle is pretty darn great.

As soon as I’ve removed the meat from the chicken, I throw the carcass (for lack of a more appetizing word) in a pot with water, the pan drippings, and a few veggies for flavor. The next day I season it up, add new chopped veggies, and a noodle of choice. So easy and so delicious. 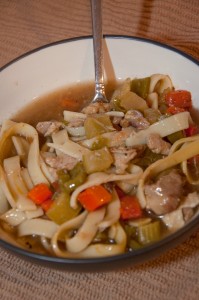 *I have decided I’m just not a huge fan of noodles being cooked in the crock pot. Spaghetti is also one of those meals that doesn’t take long enough to prepare to justify the crock pot to me. This was just so-so.

This is also a reminder to double check yourself when putting your meal ideas on the calendar. I didn’t realize until too late that I planned for spaghetti twice in the same week. Luckily for me, my family really likes pasta!

*I saw the waffle egg trick on social media this week, and was eager to try it. While it worked, the eggs were a little too “done” for my taste. The kids liked them, but I prefer a traditional scrambled egg.

This was my first time making sweet and sour meatballs! I guess I had it in my head that I didn’t like them-and I was wrong! These were really good, and so easy. These are a definite “make again meal.” 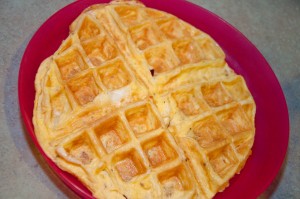 *Friday nights are typically family night at our house. This week we were hit with the “plague” and some illness and an impromptu trip to go check out a house led us to postpone family night.

I was however, thrilled that I planned on homemade pizza for dinner. Homemade pizza is a staple in our house. We can our own pizza sauce in the summer, and love making a variety of pizzas. (For a few ideas, check out my post on how to mix it up with pizza!) This time, I used a refrigerated pizza dough and kept the toppings pretty simple. 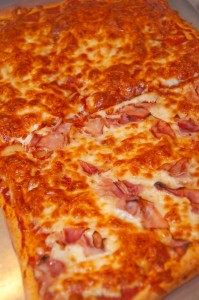 *We were able to have  scaled back version of Family Night tonight. It was a somber day. We said goodbye to a dearly loved friend and another kid caught the bug going around. We ended the day with a slice of cake and watched Fantasia (affiliate link).

The Cheesy Mexican Chicken was so easy! I mixed a can of fiesta cheese soup with an envelop of taco seasoning. Spread on your chicken breasts, bake, and enjoy. So easy to throw together! 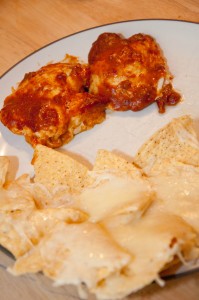 Remember that you can always check out the Meal Plan Monday Archives for more menu ideas and tips!