Posted by Bekki on Jun 12, 2015 in Books, Featured, Reviews and Giveaways, Uncategorized | 10 comments

*Samples and prizing provided by St. Martin’s Press. Opinions are my own.

I don’t know about you, but I’ve always had a thing for DIY shows. I remember watching them on Saturday mornings with my parents, tuning into our local PBS station, watching men and women plant shrubbery and hang new wainscoting. Though we no longer have cable, I have caught a few episodes of the modern DIY shows and can’t get enough. Blueprints by Barbara Delinsky allows you to indulge in a good book while feeling like you’re on set of your favorite DIY show.

Not only do you get to be “on set”, you get to know and care about the main players – and recognize the struggles and ups and downs so many of us face. Blueprints deals with so many relatable themes – parent/child relationships, love, disappointment, loss, uncertainty, and the resiliency that sometimes surprises us.

I think all readers will find themselves identifying with either Caroline or Jamie, seeing pieces of their own life reflected in Delinsky’s highly relatable characters. Blueprints would make an excellent choice for a book club – providing many themes to talk about – and lots of scenarios to replay, question, defend, and discuss! (And now I’m wishing I was still  in a book club….) 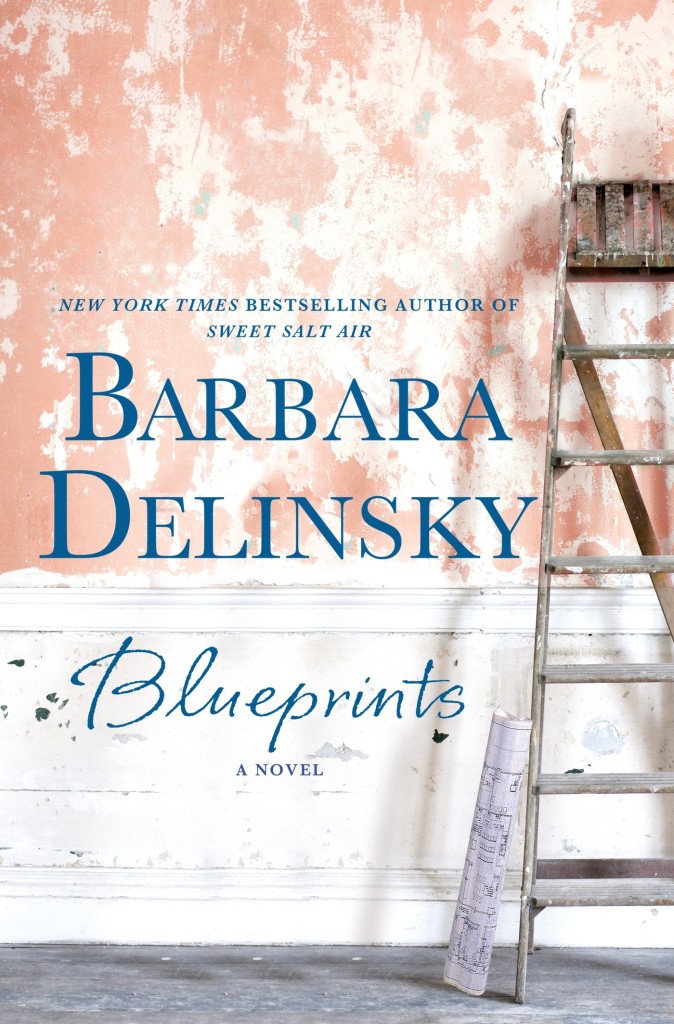 Some women are born with an instinct for knowing how things work—and what to do when they break.

Caroline MacAfee is a skilled carpenter, her daughter Jamie, a talented architect. Together they are the faces of Gut It!, a home renovation series on local public television. Caroline takes pride in her work, and in the way she connects with the show’s audience.  But when she is told the network wants her daughter to replace her as host-the day after Caroline’s fifty-sixth birthday-she is devastated. The fallout couldn’t come at a worse time.

For Jamie, life changes overnight when, soon after learning of the host shift, her father and his new wife die in a car accident that orphans their two-year-old son. Accustomed to organization and planning, she is now grappling with a toddler who misses his parents, a fiancé who doesn’t want the child, a staggering new attraction, and a work challenge that, if botched, could undermine the future of both MacAfee Homes and Gut It!

For Caroline, hosting Gut It! is part of her identity. Facing its loss, she feels betrayed by her daughter and old in the eyes of the world. Her ex-husband’s death thrusts her into the role of caregiver to his aging father. And then there’s Dean, a long-time friend, whose efforts to seduce her awaken desires that have been dormant for so long that she feels foreign to herself.

Who am I? Both women ask, as the blueprints they’ve built their lives around suddenly need revising. While loyalties shift, decisions hover, and new relationships tempt, their challenge comes not only in remaking themselves, but in rebuilding their 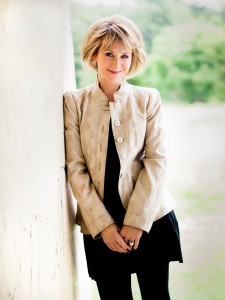 relationship with each other.

I can’t wait for you to read this book! (When you do, come back and chat with me about it!)

One lucky Chasing Supermom reader is going to win a Blueprints prize pack! You will get to snuggle up with a copy of Blueprints, a cozy blanket, and a popcorn bowl! You’re going to love this book – so get those entries in and good luck! 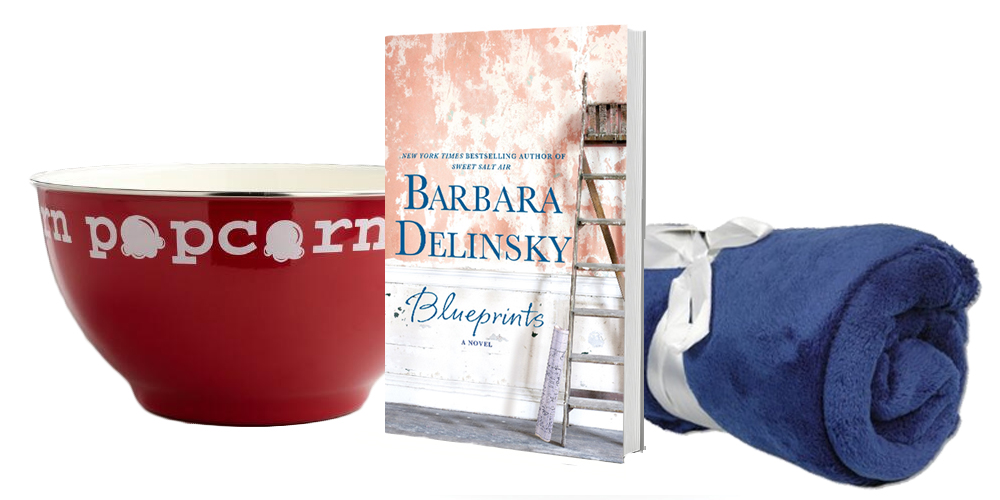