Posted by Bekki on Sep 25, 2015 in Featured, Movies, Reviews and Giveaways, Uncategorized | 32 comments

The Scorch Trials and Quiznos Giveaway!

Hey Glader. You conquered the maze. Are you ready for what’s outside? Can you discover the truth? Can you survive the Scorch Trials?

If you were a fan of the extremely popular Maze Runner trilogy, you likely sat on the edge of your seat as one of your favorite dystopian novels came to life on the big screen. I loved watching Thomas and the other Gladers try to defeat the maze. I am SO excited to see the way 20th Century Fox has brought the Scorch Trials to life. The Scorch Trials is now playing in a theater near you! Check your local listings for showtimes and make plans to spend time with the Gladers. 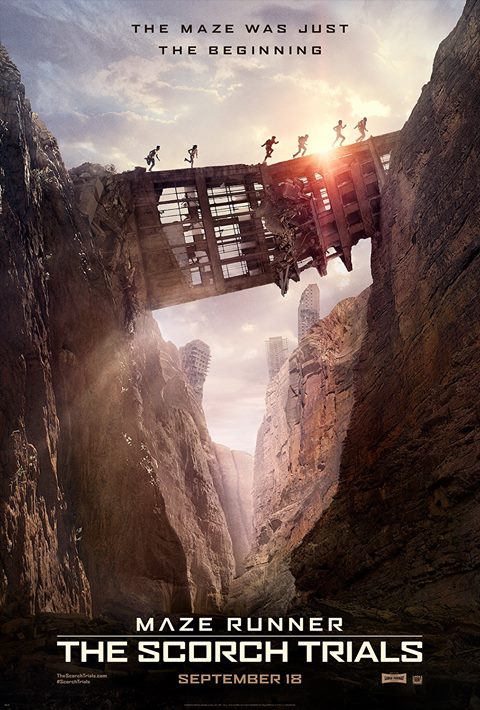 In this next chapter of the epic “Maze Runner” saga, Thomas (Dylan O’Brien) and his fellow Gladers face their greatest challenge yet: searching for clues about the mysterious and powerful organization known as WCKD. Their journey takes them to the Scorch, a desolate landscape filled with unimaginable obstacles. Teaming up with resistance fighters, the Gladers take on WCKD’s vastly superior forces and uncover its shocking plans for them all.

Quiznos and Maze Runner: The Scorch Trials are rolling out the red carpet for fans through a new sweepstakes launched this month. Fans can enter at toasty.tv/scorchtrials/ for a chance to win a VIP trip to Hollywood, home theater, and much more! Sweepstakes ends October 12.

Quiznos, home of the hot toasted sub, is also putting guests’ tolerance for spice to the test! Their newest culinary creation, the SatisFIRE, incorporates two varieties of hot peppers and draws inspiration from the brand’s new partnership with 20th Century Fox’s film Maze Runner: The Scorch Trials, in theaters now.

The SatisFIRE features Quiznos signature slow-roasted pulled pork, honey ham, smoky bacon and melted cheddar cheese, topped with sautéed onions, fresh jalapeños, pickles, lettuce and tomatoes. A house-made Serrano pepper aioli finishes it off, all piled between two slices of fresh Ciabatta bread. For a limited time only. (Doesn’t that sound delicious?!) Head to your local Quiznos for a SatisFIRE or any of their other amazing sandwiches.

I have an an exciting giveaway to celebrate the partnership between The Scorch Trials and Quiznos!! I hope you’ll take a few seconds to enter! 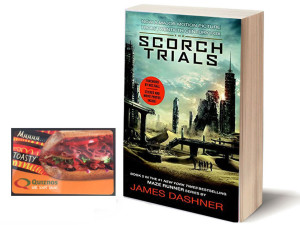