My daughter loves to watch Cupcake Wars. She is a blossoming little baker and dreams of one day opening her one bakery. I’ve selflessly volunteered to be her official taste tester – totally out of support for her. 😉 Cupcake Wars likes to have themes. Granted, their themes are typically gross and involve putting things like pickles and corned beef into cupcakes. No cupcake should be subject to that. Or any mouth.

However, I found myself inspired to create a fall-themed cupcake. Fall has so many fantastic flavors; pumpkin, apple, cinnamon…it’s just a delicious time of year. One of our favorite fall family traditions is apple picking, so I knew I wanted to create an apple cupcake. I had also just splurged on a jug of the “fancy” cider at the store, and wanted to use it in some way.

The cupcake is perfectly spiced, and the apples baked inside give it a nice bit of sweetness. I made my buttercream really punchy – and the cider flavor really compliments the spicy cake. I hope you enjoy it! 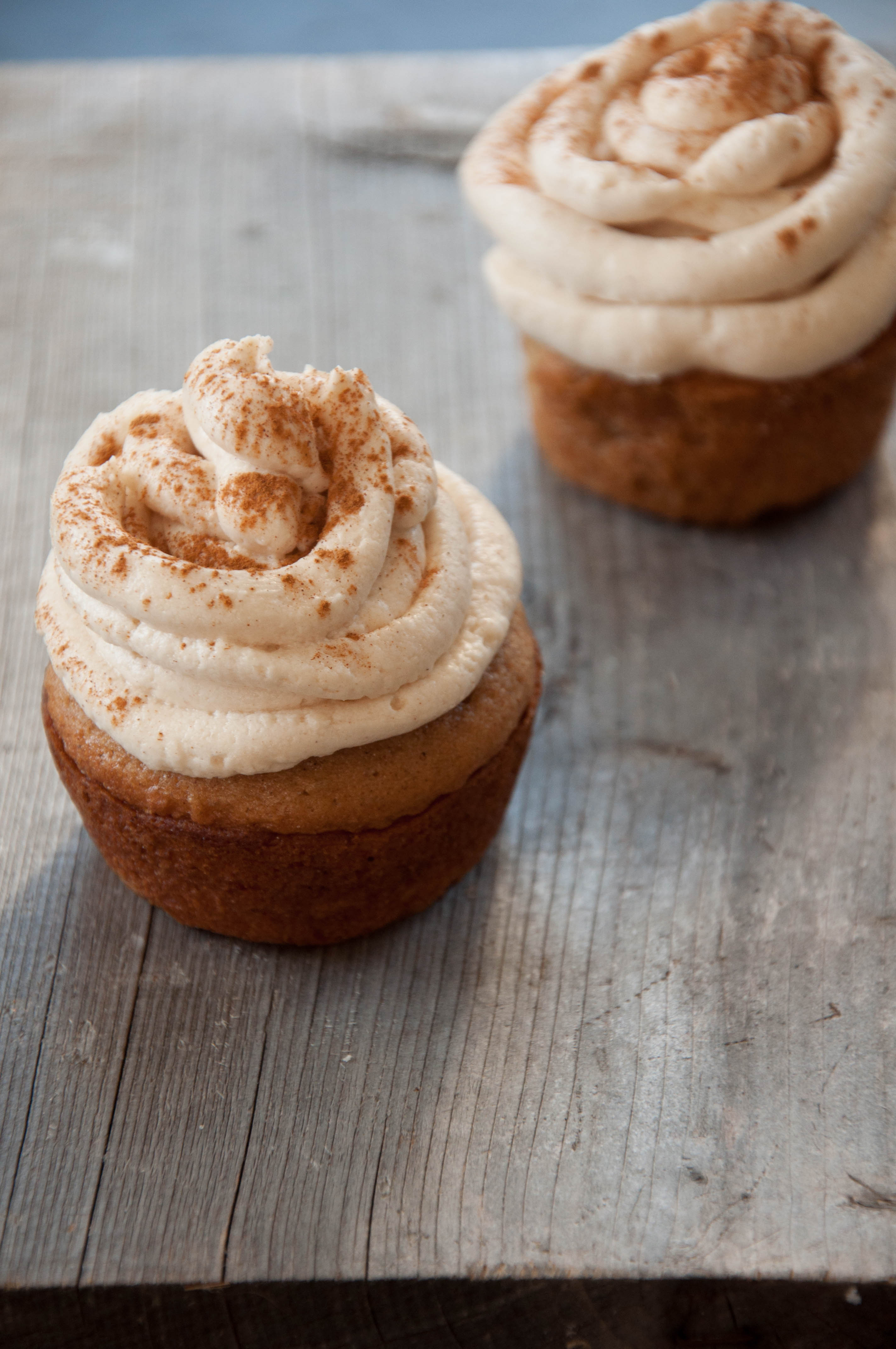 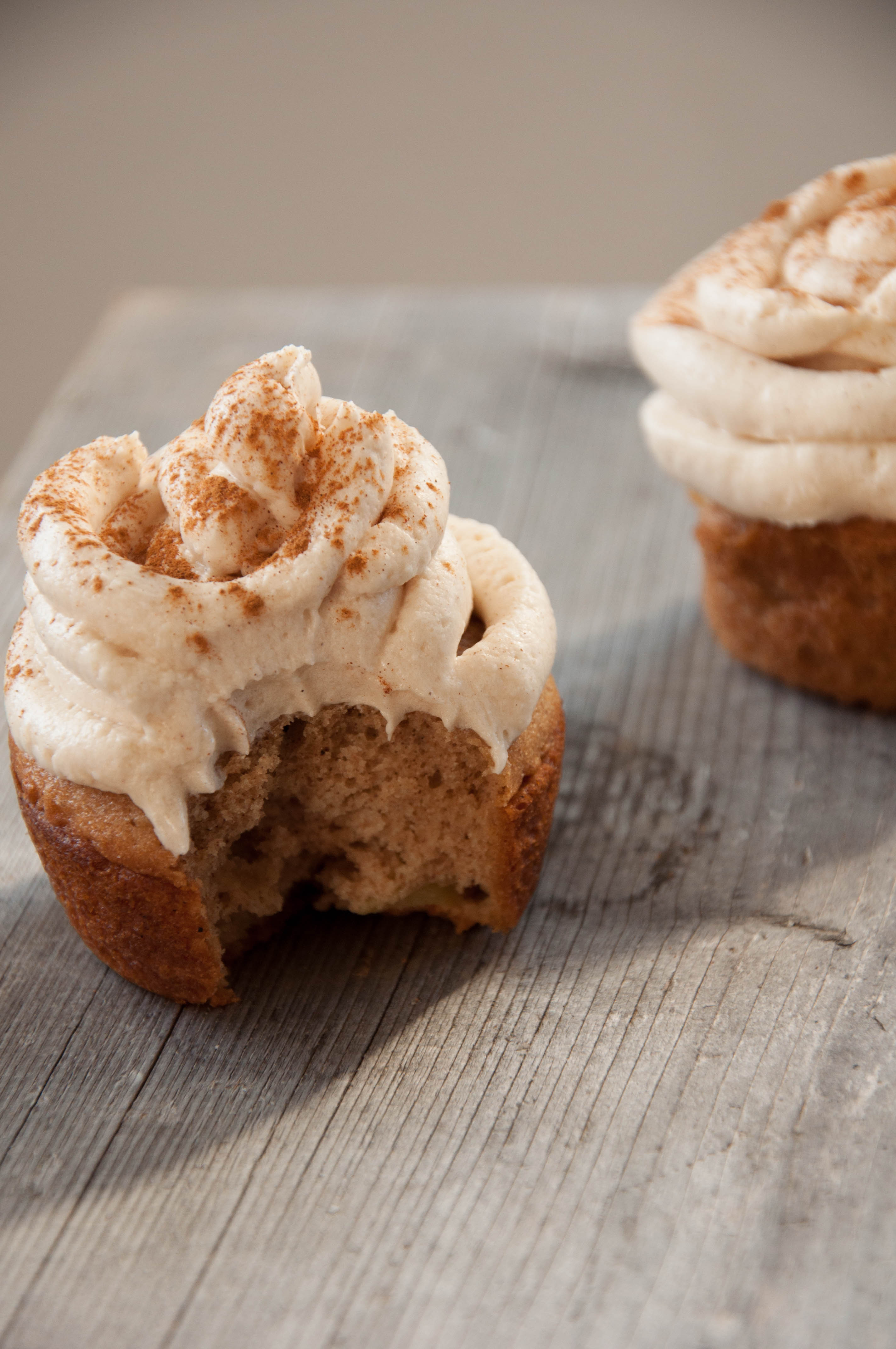 water, eggs, and oil as called for on particular boxed mix (this varies by brand)

3 T apple cider (I use the “fancy” thicker variety – not the kind that looks/tastes like normal apple juice.)

*It should be noted that the cider drink mix does leave a hint of a grainy texture. This didn’t bother us, but you should expect just a bit of grain.

*Sometimes frostings end up needing more/less powdered sugar. I tell people to start with a smaller amount, and add more as needed, based on what consistency YOU like. Know that you need to taste and adjust flavors every time you add more powdered sugar!

*The pudding and apples inside the cake make these very soft and moist. I would not put a cover on these, as they may get too soggy. I left mine on my counter overnight and they were still SUPER soft and moist the next afternoon/evening.