Disney Movies You Need to Watch Before Your Visit to Disneyland

I’m going to Disneyland!! When those words are on your horizon and you find yourself planning a trip to the happiest place on Earth, you are in for one of the most magical weeks of your life. Disneyland is a place unlike any other.

I tear up as my racer drives by the waterfall in Radiator Springs, because I am reminded of how Lightning McQueen felt when he saw a waterfall for the first time. I find myself trying with all my might to defeat the evil Emperor Zurg because I want to be on Woody and Buzz’s team. I get as giddy as my kids while we wait in line to meet Mickey Mouse -because he has become a part of my story. The Disney characters are a part of us. Their stories matter to us. They remind us of our own feelings and take us back to our childhood. Even simple dark rides become magical because of STORY. And really -no one tells a story better than Disney.

To best capture and experience the magic of Disneyland, you need to be familiar with the stories represented in the parks. The park will come alive for you once you know and understand the stories represented in the attractions. Once you’ve seen the films, you’re no longer just floating in a boat through a whale; you’re swimming into Monstro!! When you know the movies, you aren’t just interacting with a talking turtle – you are joking around with Crush- the coolest turtle in the ocean! Knowing the stories behind the films that inspired the attractions can and WILL take your Disneyland experience to the next level. 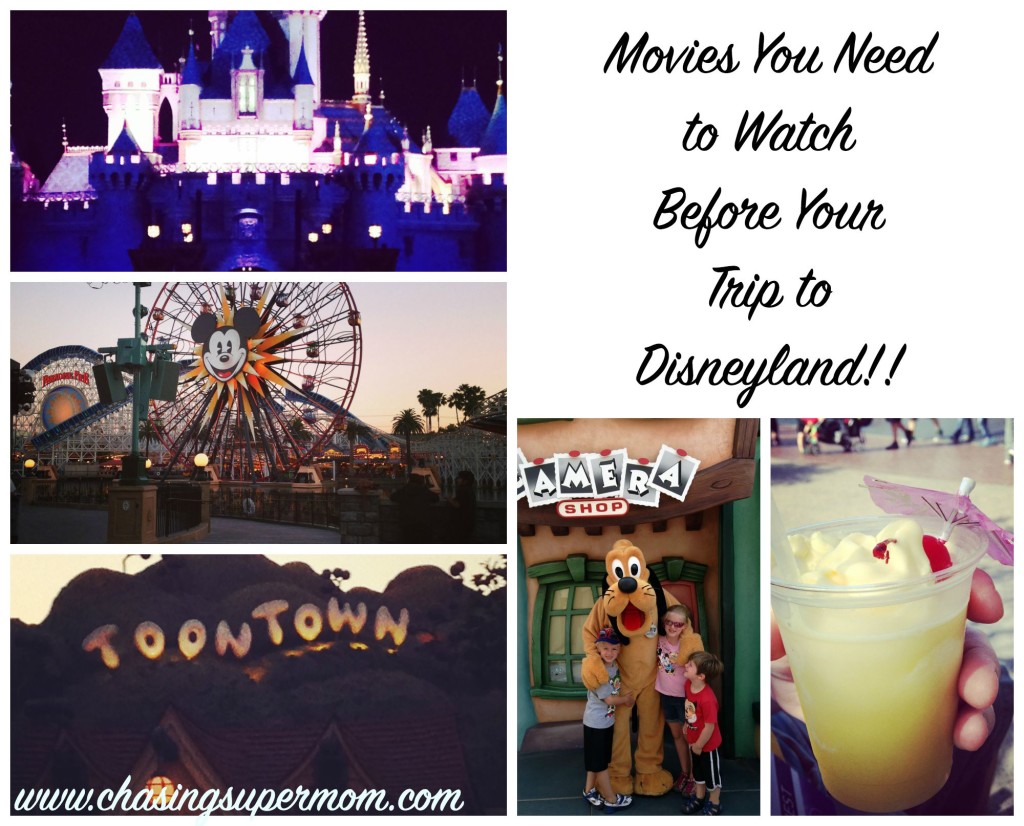 Here are a list of Disney films you need to watch to more fully enjoy and appreciate the attractions at Disneyland and Disney California Adventure. Happy watching! 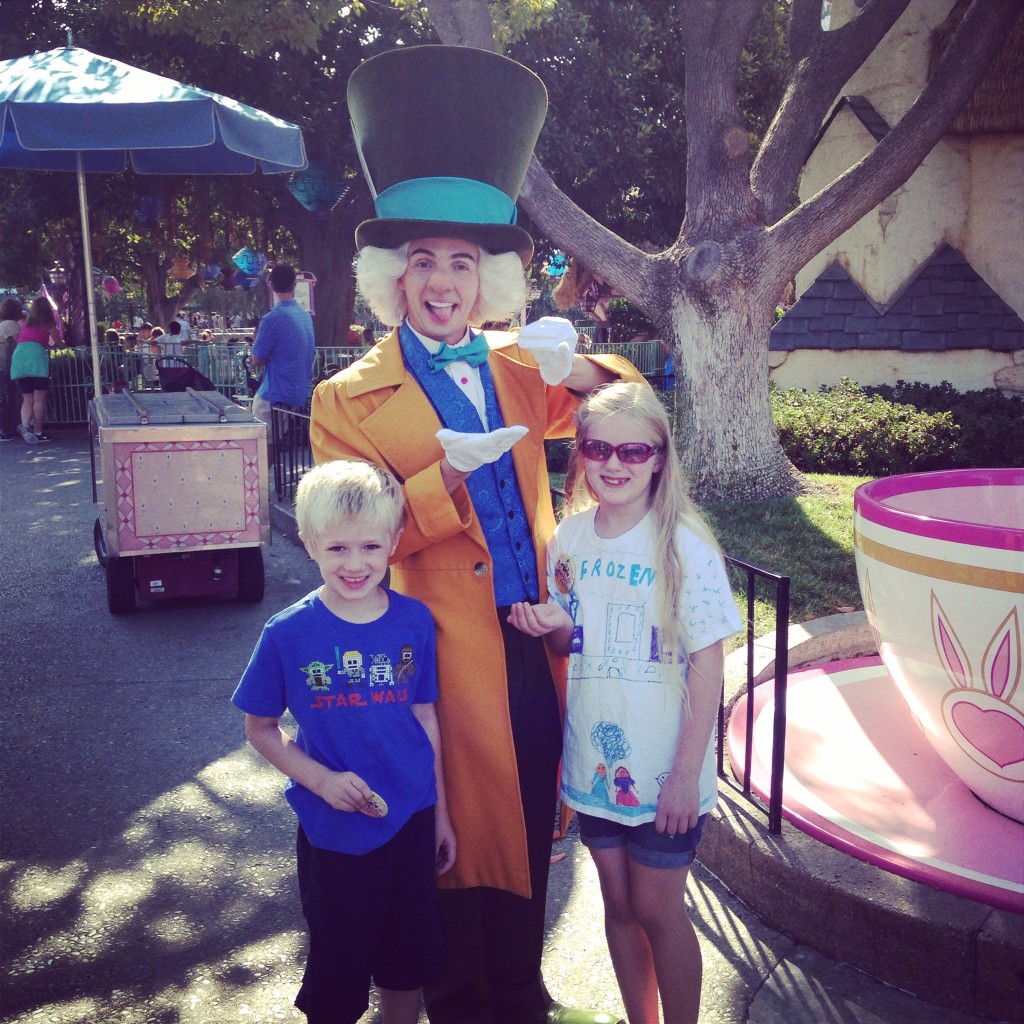 The Mad Hatter at Disneyland is absolutely AMAZING!!! He was so great with the kids!

*The Storybook Land Canal Boats feature MANY different Disney movies, but the iconic Monstro the Whale is how many identify this attraction.

*You can visit with Tinkerbell and a variety of fairies in Pixie Hollow!

Park Experience: The Sword in the Stone

*King Arthur’s Carousel is technically linked to this film as well, although you certainly don’t need to watch the movie to enjoy the carousel. However, knowing the story of young Arthur (aka Wart) may help make the idea of attempting to pull the sword from the stone (located right by the carousel) more enjoyable for your kids! 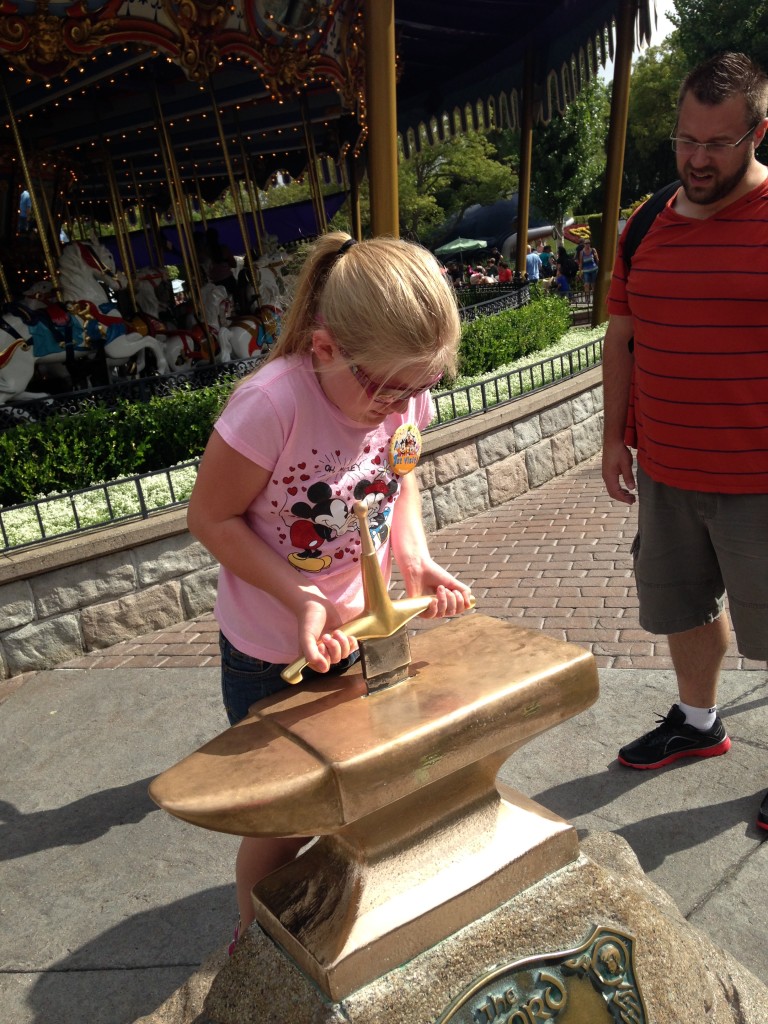 *You can often spot Mary Poppins and Bert on Main Street!

Splash Mountain: Song of the South

*Song of the South is considered fairly racist by many, so I personally recommend checking out a book about Brer Rabbit.

*This is really not necessary, but I just love exposing kids to the old live-action Disney movies!

*I am personally NOT a fan of the Pirates refurbishment, and don’t love the changes to this ride that incorporate the movie – however, your kids may enjoy knowing who Jack Sparrow and Barbossa are prior to riding this attraction.

Character Sightings: The Princess and the Frog

*You can often see Princess Tiana in New Orleans Square! 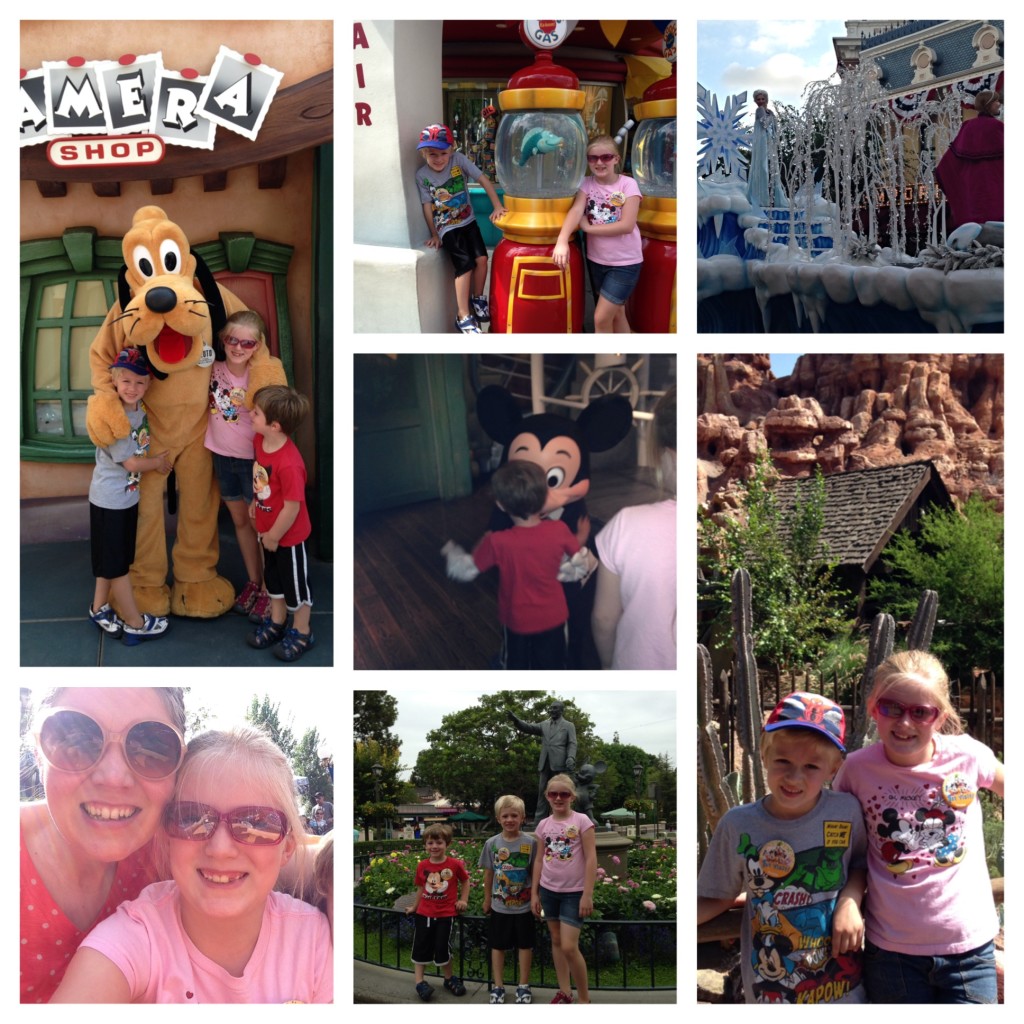 A collage of pics – but a handful from Toontown! I loved watching my little boy meet Mickey Mouse for the first time! 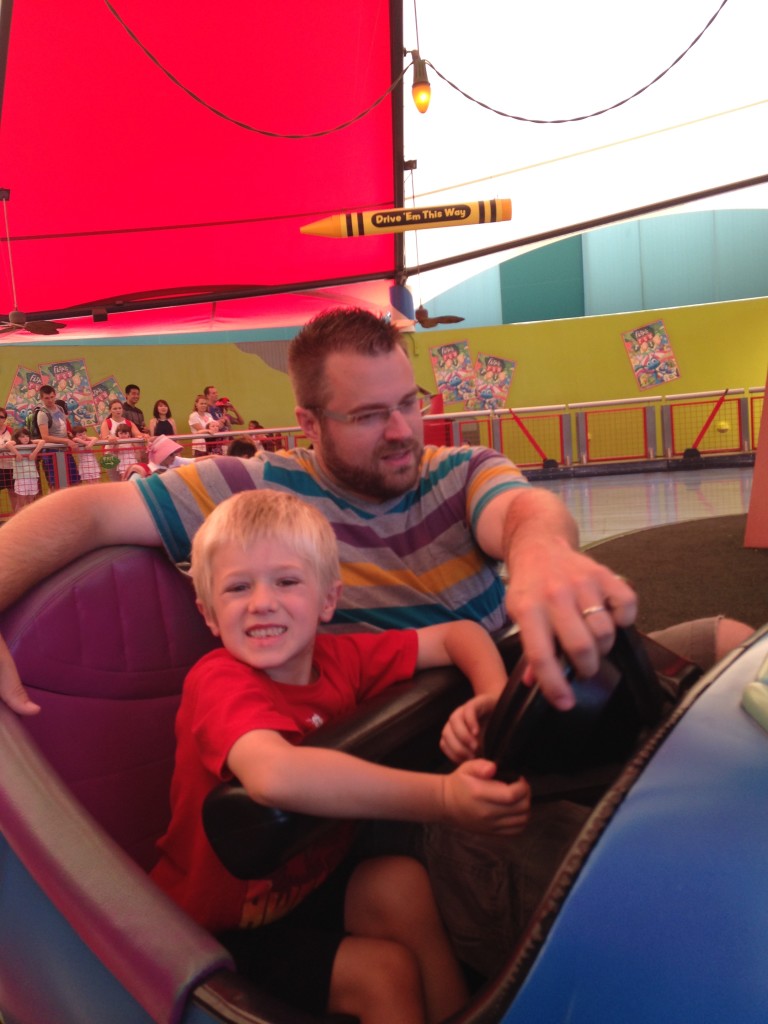 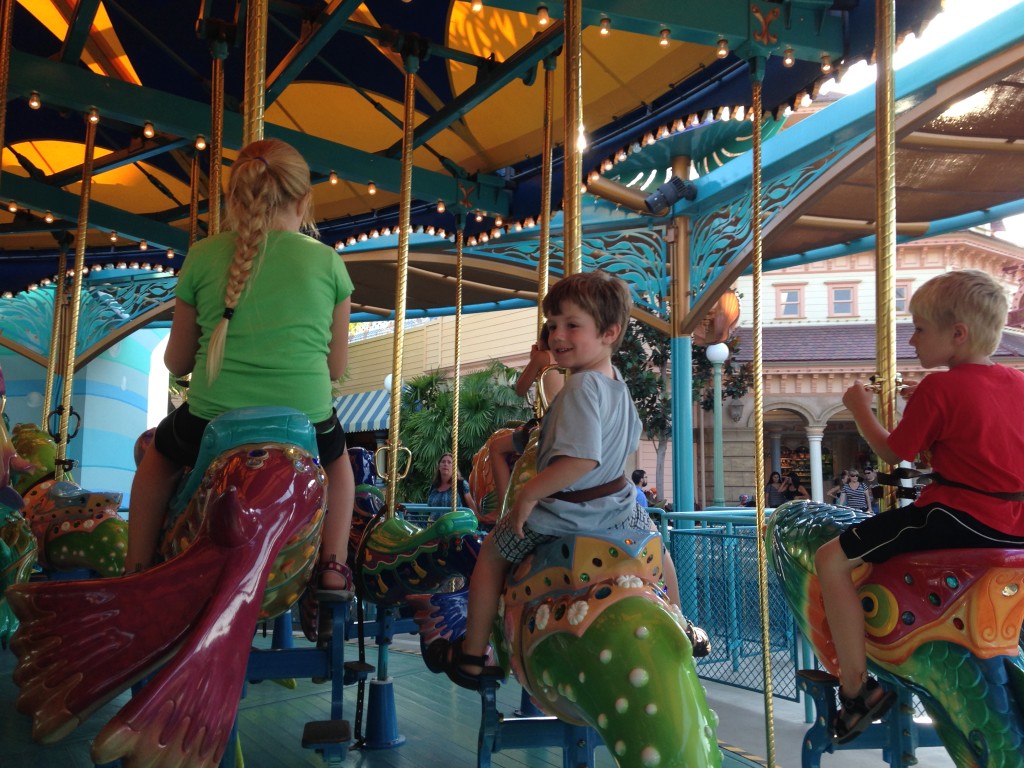 Taking a ride on King Triton’s Carousel – they LOVE riding on the fish and sea creatures! (They also really love the little fountain next to the ride!) 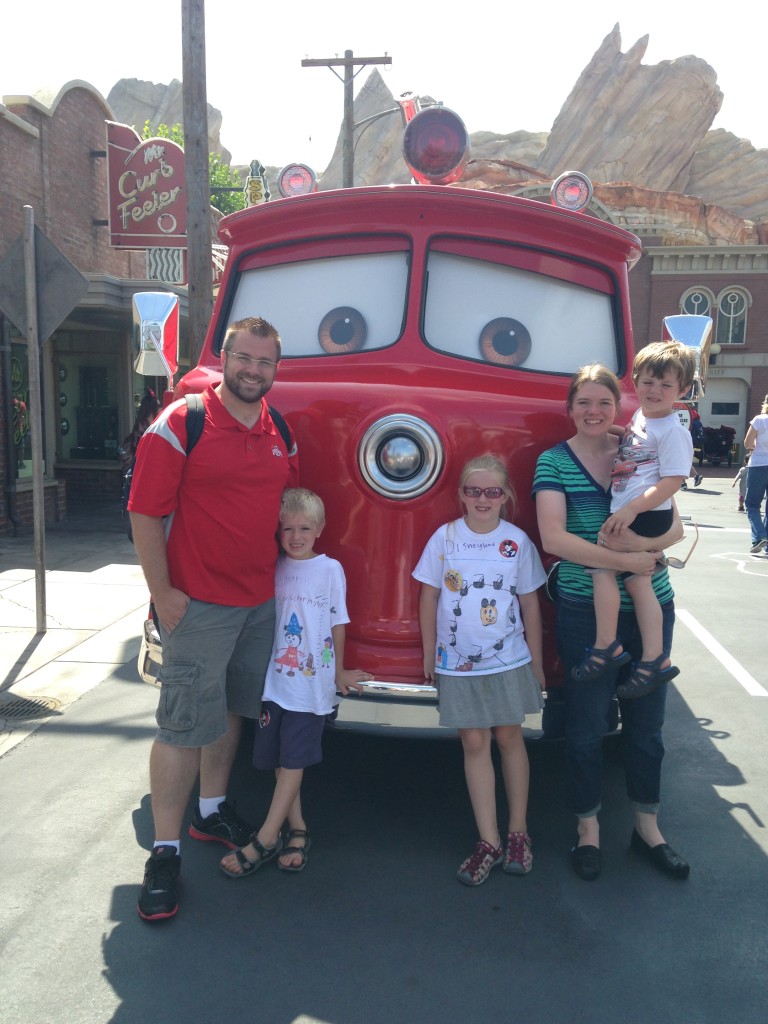 Cars Land is one of my FAVORITE spots to be! It truly feels like you are walking around Radiator Springs!

*Not a ride, but had to include this as this is a MUST-DO for your visit!!!

I hope you have a wonderful and magical trip exploring Disneyland and Disney California Adventure with your family! As you watch these Disney/Pixar films before your trip, you will only be that much more carried away by the stories inside the park.

Want even more Disney related posts? Check these out!

Top Ten Things for Adults to do at Disneyland 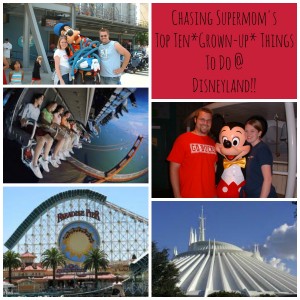 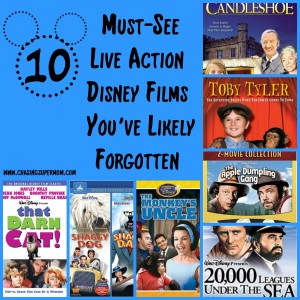 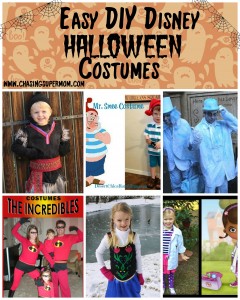 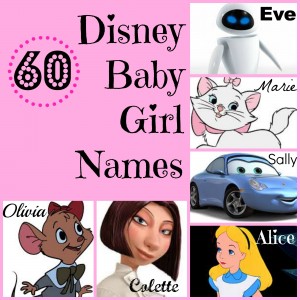