The Cinnamon Bear Cruise on the Portland Spirit: Holiday Family Tradition in PDX

For our family, it’s just not Christmas-time until we’ve set sail on the Cinnamon Bear Cruise on board the Portland Spirit. A beloved annual holiday tradition, sailing the Willamette with the Cinnamon Bear, Captain Taffy, Queen Melissa, and all of the other citizens of Maybeland is something we look forward to all year long.

Excitement builds the moment you step on the ship. You are greeted by a pirate and her parrot, and then welcomed by your own personal fairy or elf. Once seated, children are served hot cocoa, and everyone is welcome to help themselves to a light buffet. 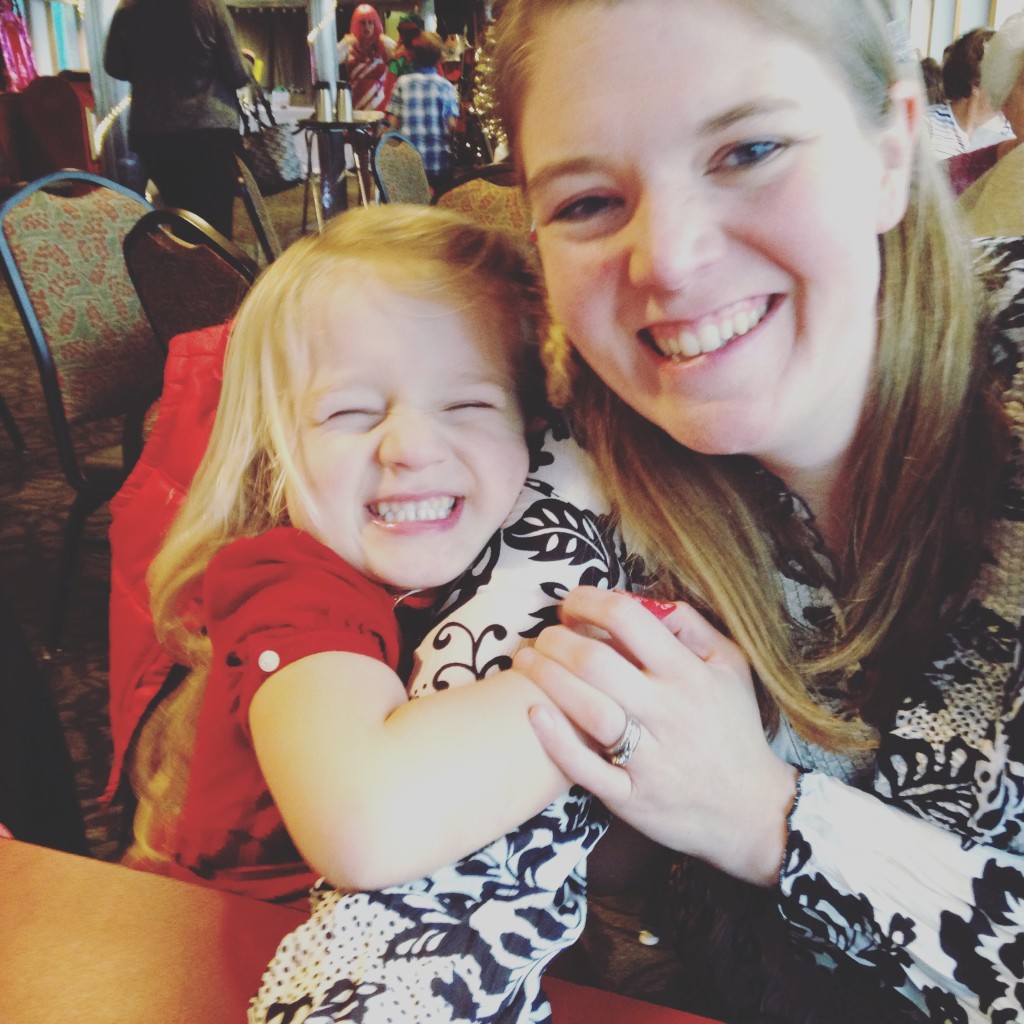 Captain Taffy leads the ship in song, and everyone welcomes the Cinnamon Bear on board! While you wait for your turn with the Cinnamon Bear (a big highlight for every child!!), make sure you head to the top deck and meet the Crazy Quilt Dragon! 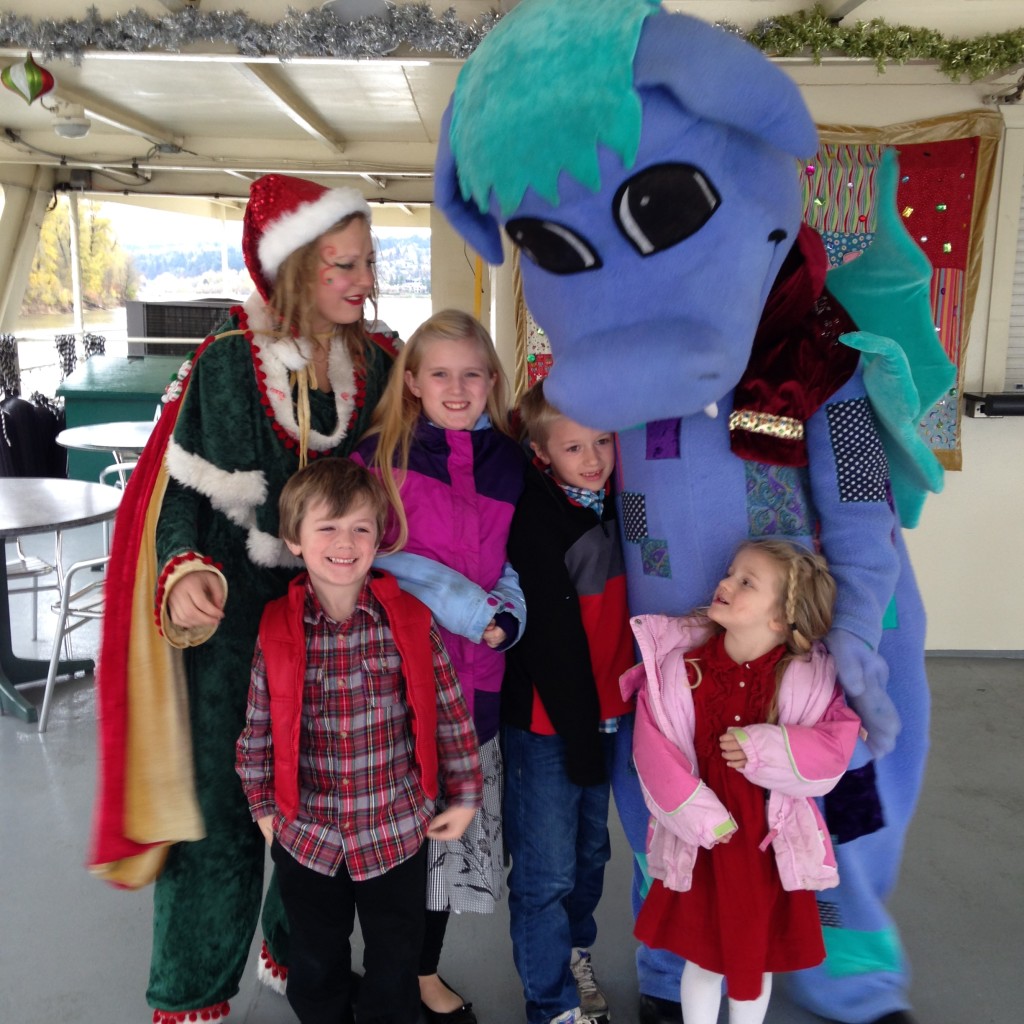 Head into the cabin and let Captain Taffy train you to become a Candy Buccaneer! You’ll leave with a certificate and he just might let you loot his treasure box!

While outside, make sure to take in the beauty of Portland. The city is magical during the holidays, and there is nothing quite like the view from a boat. Watch favorite landmarks and buildings go by, and make sure to take some family pictures! 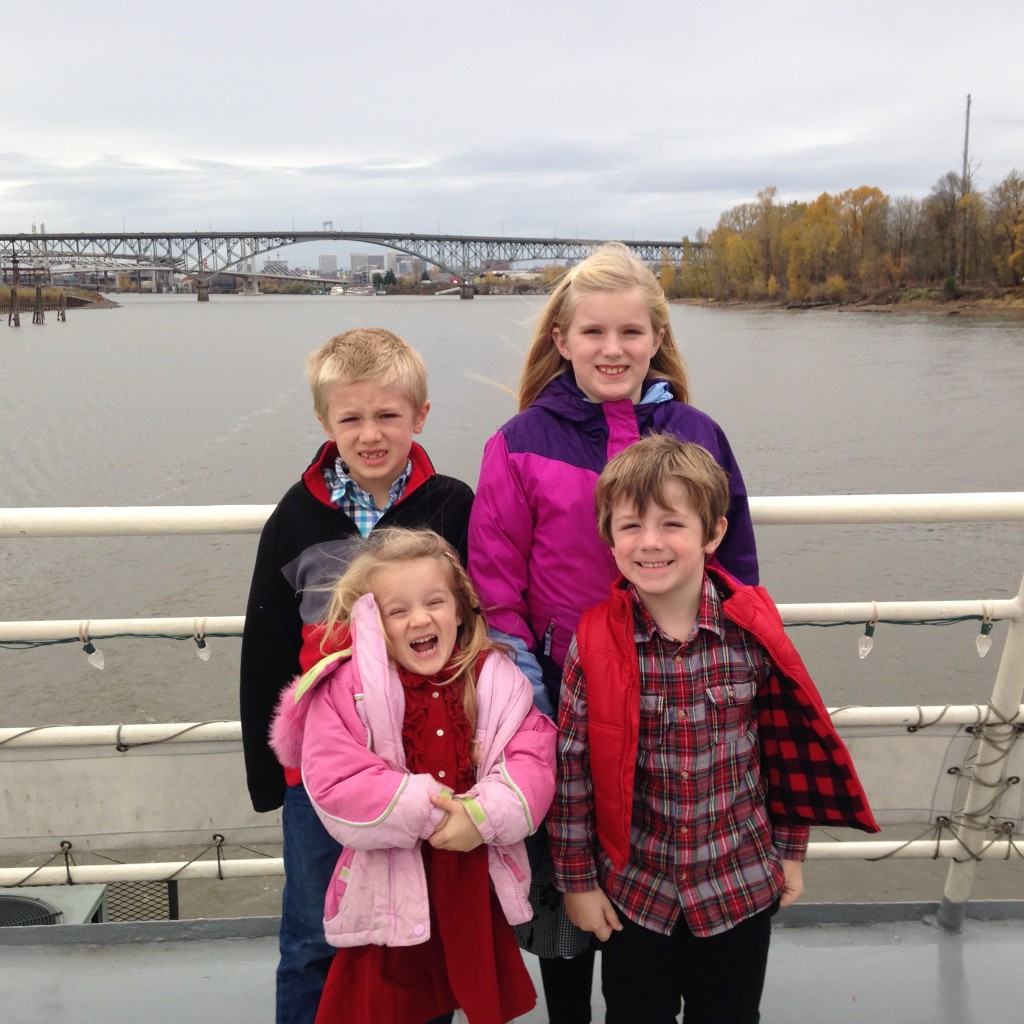 After the kids have all had the chance to meet the Cinnamon Bear, they are treated to story-time and a sing-a-long with Queen Melissa, where she tells them all about the search for the silver star. It’s a wonderfully interactive story, that allows the kids to get involved and be fully engaged. 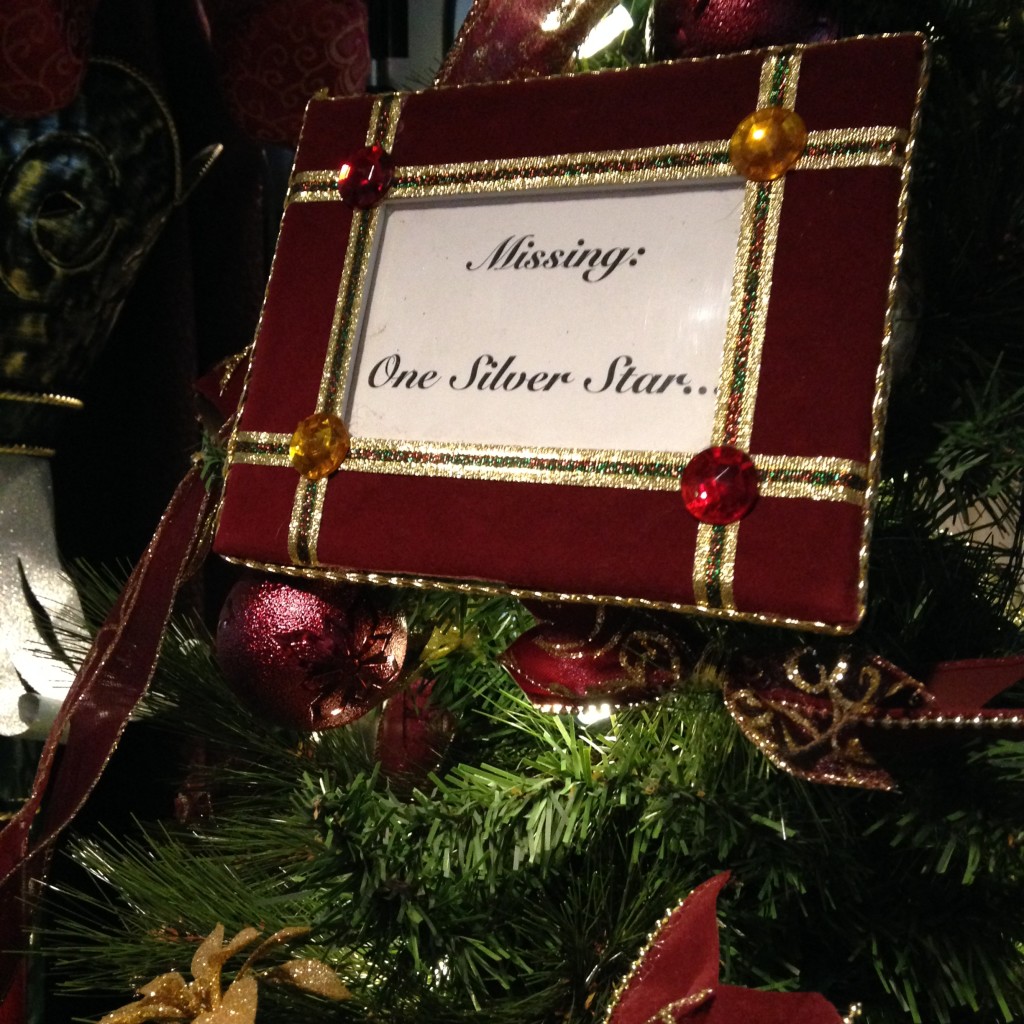 After story-time, the kids get to see a fantastic magic show, courtesy of Presto the Magician. He is WONDERFUL, and perhaps my favorite part of the cruise. He mixes humor with sleight of hand magic, as well as a few tradition tricks to create a show that delights children and parents alike. At the end of his show, children are invited to pet his bunny. 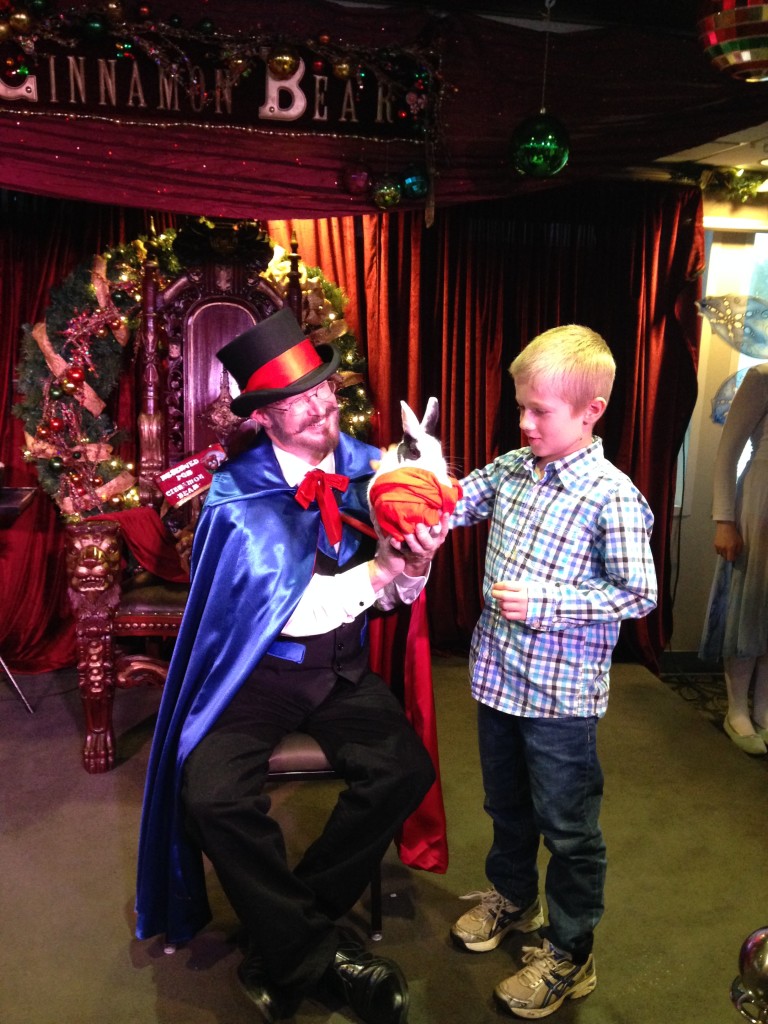 As the ship prepares to dock, join in some Christmas caroling, or collect autographs from all of the Maybeland friends. Along with the autographs, the picture you’ll get to take home, and the cinnamon bear cookie, you’re sure to come home with lasting memories. The Cinnamon Bear Cruise is a family must-do for local Portland/SW WA families. Book your cruise today!

Stay Connected with the Cinnamon Bear:

*I received complimentary admission. Opinions my own. 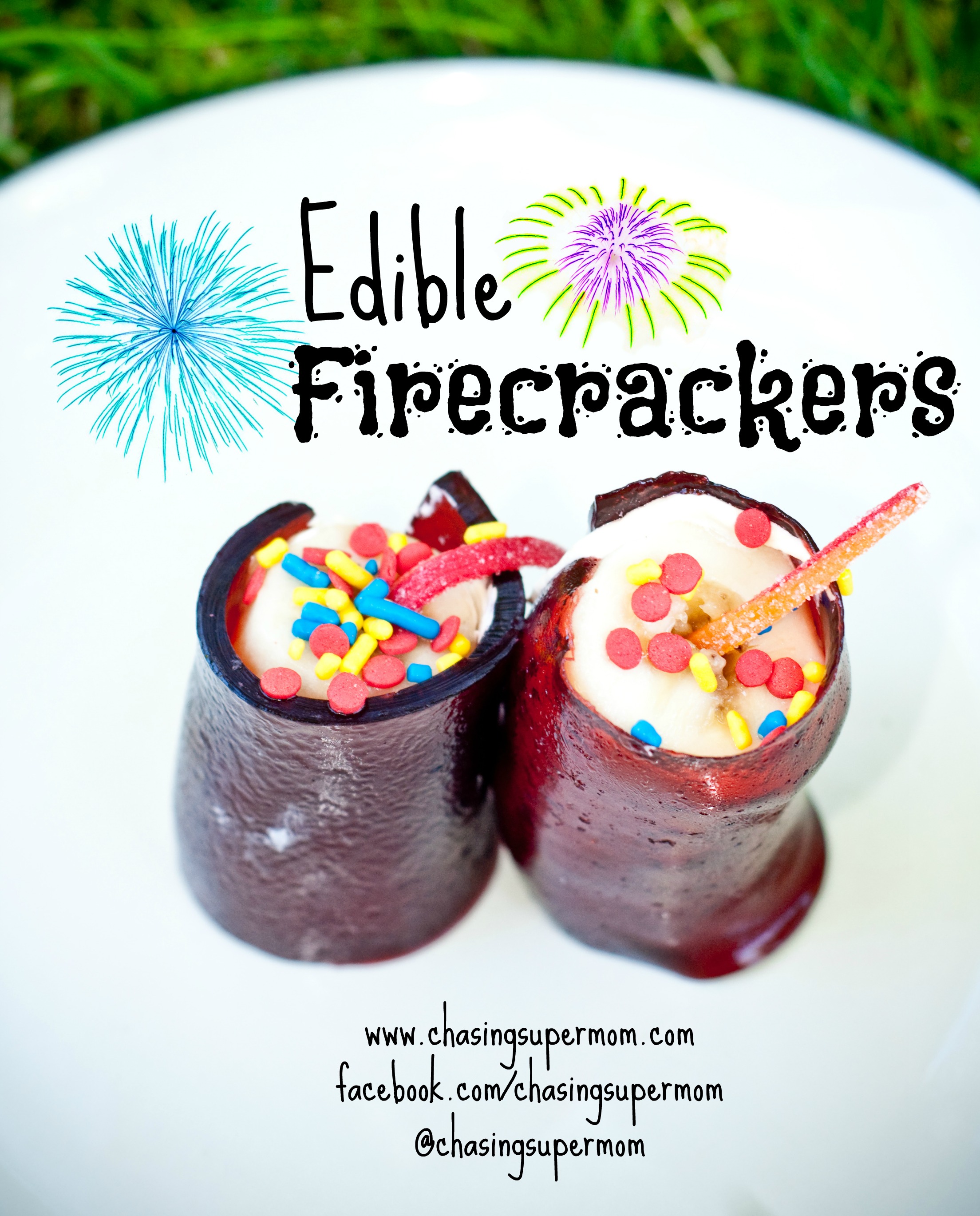