Bekki’s Bookshelf: What We Read in January 2016

One of my favorite things about the new year is the beginning of our Annual Family Reading Challenge. For the past few years, my daughter and I have challenged each other to read 50 chapter books in one year. This year, my second grade son joined in the fun, and the three of us are working towards our reading goal.

It has been SO wonderful to incorporate BOOKS back into my life. Last year I became hyper-focused on moving, and fell short of my reading goal. This year, all three of us had a strong start, and have been spending less time in front of the screen, and more time flipping pages. It’s just glorious. This month I’ve solved crimes, defeated 80’s themed video game challenges, and criss-crossed Florida searching for the girl-next-door. Reading is always an adventure.

Here is what I read in January:

Bekki’s Books:
1. Troublemaker: Surving Hollywood and Scientology by Leah Remini The outspoken actress, talk show host, and reality television star offers up a no-holds-barred memoir, including an eye-opening insider account of her tumultuous and heart-wrenching thirty-year-plus association with the Church of Scientology.

I couldn’t put this book down. I read it in one sitting and found myself absolutely fascinated with her experience with scientology.

2. Mrs. Sinclair’s Suitcase by Louise Walters Roberta likes to collect the letters and postcards she finds in second-hand books. When her father gives her some of her grandmother’s belongings, she finds a baffling letter from the grandfather she never knew – dated after he supposedly died in the war. Dorothy is unhappily married to Albert, who is away at war. When an aeroplane crashes in the field behind her house she meets Squadron Leader Jan Pietrykowski, and as their bond deepens she dares to hope she might find happiness. But fate has other plans for them both, and soon she is hiding a secret so momentous that its shockwaves will touch her granddaughter many years later.

I didn’t particularly like or connect with either woman, so found this story difficult to get through. Both women made mistakes and difficult choices which resulted in me continuing to turn the pages, but never rooting for either character.

3. The Cuckoo’s Calling by Robert Galbraith (JK Rowling) After losing his leg to a land mine in Afghanistan, Cormoran Strike is barely scraping by as a private investigator. Strike is down to one client, and creditors are calling. He has also just broken up with his longtime girlfriend and is living in his office. Then John Bristow walks through his door with an amazing story: His sister, the legendary supermodel Lula Landry, known to her friends as the Cuckoo, famously fell to her death a few months earlier. The police ruled it a suicide, but John refuses to believe that. The case plunges Strike into the world of multimillionaire beauties, rock-star boyfriends, and desperate designers, and it introduces him to every variety of pleasure, enticement, seduction, and delusion known to man.

I don’t read a lot of mysteries, but truly enjoyed the first book in the Cormoran Strike series! While I didn’t care for the language (I’m really turned off by swearing,) I enjoyed the story and figuring it out along with Strike and Robin.

4. The Martian by Andy Weir Six days ago, astronaut Mark Watney became one of the first people to walk on Mars. Now, he’s sure he’ll be the first person to die there. After a dust storm nearly kills him and forces his crew to evacuate the planet while thinking him dead, Mark finds himself stranded on Mars’ surface, completely alone, with no way to signal Earth that he’s alive — and even if he could get word out, his supplies would be gone years before a rescue could arrive. Chances are, though, he won’t have time to starve to death. The damaged machinery, unforgiving environment or plain-old “human error” are much more likely to kill him first. But Mark’s not ready to quit. Armed with nothing but his ingenuity and his engineering skills — and a gallows sense of humor that proves to be his greatest source of strength – he embarks on a dogged quest to stay alive, using his botany expertise to grow food and even hatching a mad plan to contact NASA back on Earth. As he overcomes one seemingly insurmountable obstacle after the next, Mark begins to let himself believe he might make it off the planet alive – but Mars has plenty of surprises in store for him yet.

While I got lost in some of the more scientific/technical passages at times, I absolutely LOVED this book. I was gripped with suspense the entire time, and truly felt as though I was right there with Mark Watney, stuck on Mars.

5. Paper Towns by John Green Quentin Jacobsen has spent a lifetime loving the magnificently adventurous Margo Roth Spiegelman from afar. So when she cracks open a window and climbs into his life—dressed like a ninja and summoning him for an ingenious campaign of revenge—he follows. After their all-nighter ends, and a new day breaks, Q arrives at school to discover that Margo, always an enigma, has now become a mystery. But Q soon learns that there are clues—and they’re for him. Urged down a disconnected path, the closer he gets, the less Q sees the girl he thought he knew...

First, let me say that John Green is a master at writing youth dialogue, and there were moments of comedic and angsty brilliance in this book. Did it come close to “The Fault in Our Stars”? Not even close. However, despite LOATHING Margo Roth Spiegelman and feeling old for empathizing with Q’s parents and wanting to step in and lecture him – this was a quick and light-hearted read. (*The book is MUCH better than the movie!!!)

6.Ready Player One by Ernest Cline In the year 2044, reality is an ugly place. The only time teenage Wade Watts really feels alive is when he’s jacked into the virtual utopia known as the  OASIS. Wade’s devoted his life to studying the puzzles hidden within this world’s digital confines, puzzles that are based on their creator’s obsession with the pop culture of decades past and that promise massive power and fortune to whoever can unlock them. When Wade stumbles upon the first clue, he finds himself beset by players willing to kill to take this ultimate prize. The race is on, and if Wade’s going to survive, he’ll have to win—and confront the real world he’s always been so desperate to escape.

I almost put this book down, but am happy I stuck with it. While I am NOT a gamer and am probably a decade too young to fully appreciate all of the references in this book, I enjoyed the story once it picked up. If you were a teenager in the 80’s, you will likely love this book.

7. Small Blessings by Martha Woodruff From debut novelist Martha Woodroof comes an inspiring tale of a small-town college professor, a remarkable new woman at the bookshop, and the ten-year old son he never knew he had. Tom Putnam has resigned himself to a quiet and half-fulfilled life. An English professor in a sleepy college town, he spends his days browsing the Shakespeare shelves at the campus bookstore, managing the oddball faculty in his department and caring, alongside his formidable mother-in-law, for his wife Marjory, a fragile shut-in with unrelenting neuroses, a condition exacerbated by her discovery of Tom’s brief and misguided affair with a visiting poetess a decade earlier. Then, one evening at the bookstore, Tom and Marjory meet Rose Callahan, the shop’s charming new hire, and Marjory invites Rose to their home for dinner, out of the blue, her first social interaction since her breakdown. Tom wonders if it’s a sign that change is on the horizon, a feeling confirmed upon his return home, where he opens a letter from his former paramour, informing him he’d fathered a son who is heading Tom’s way on a train. His mind races at the possibility of having a family after so many years of loneliness. And it becomes clear change is coming whether Tom’s ready or not.

I stopped to write down quotes from this book in my journal numerous times. Woodruff’s writing is beautiful and insightful. Contrived story aside, this was a delightful read.

8. The Silkworm by Robert Galbraith (JK Rowling) When novelist Owen Quine goes missing, his wife calls in private detective Cormoran Strike. At first, Mrs. Quine just thinks her husband has gone off by himself for a few days—as he has done before—and she wants Strike to find him and bring him home. But as Strike investigates, it becomes clear that there is more to Quine’s disappearance than his wife realizes. The novelist has just completed a manuscript featuring poisonous pen-portraits of almost everyone he knows. If the novel were to be published, it would ruin lives—meaning that there are a lot of people who might want him silenced. When Quine is found brutally murdered under bizarre circumstances, it becomes a race against time to understand the motivation of a ruthless killer, a killer unlike any Strike has encountered before…

I couldn’t wait to dive into the next Cormoran Strike book, and I can’t wait to read the third! (I’m also convinced I should cast movies! If you’ve read these books, I’d love to know who you picture in your head as you read!

Hannah is my fourth grader. Hannah is a lover of book series, and towards that end, she really enjoyed the two American Girl books, as well as the Dork Diaries book. She was excited to read “Otherwise Known as Sheila the Great” after learning that it featured some of the characters she met while reading the “Fudge” books. We read Number the Stars as part of our homeschooling curriculum, and I found it to be a perfect way to talk about some of the very dark themes of World War 2.

4.Otherwise Known as Sheila the Great by Judy Blume

6.Number the Stars by Lois Lowry

Henry is my second grader, and despite reading well above his grade level, he is typically harder to motivate. When looking for books for Henry, we tend to look for a “character buy-in” or a book that doesn’t appear overwhelming. His favorite book for the month was the novelization of Inside Out.

1.Ricky Ricotta’s Mighty Robot vs. the Uranium Unicorns from Uranus by Dav Pilkey

2.Inside Out Novelization by Suzanne Francis

3.What Should Riley Do? by Tracey West

5.Number the Stars by Lois Lowry 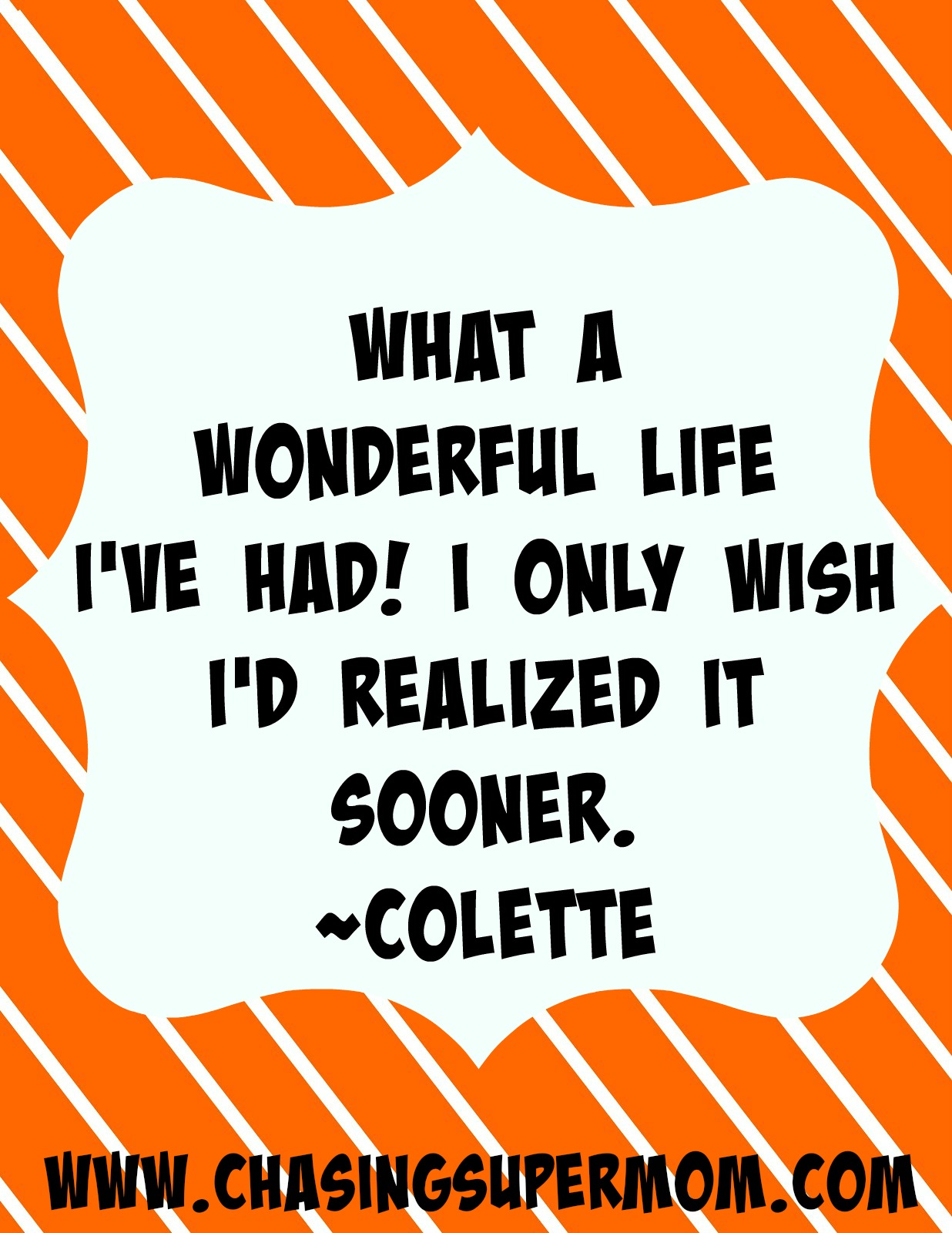 Wonderfully Imperfect – Embracing Your Life as a Mother 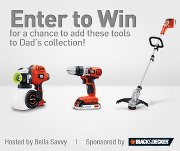 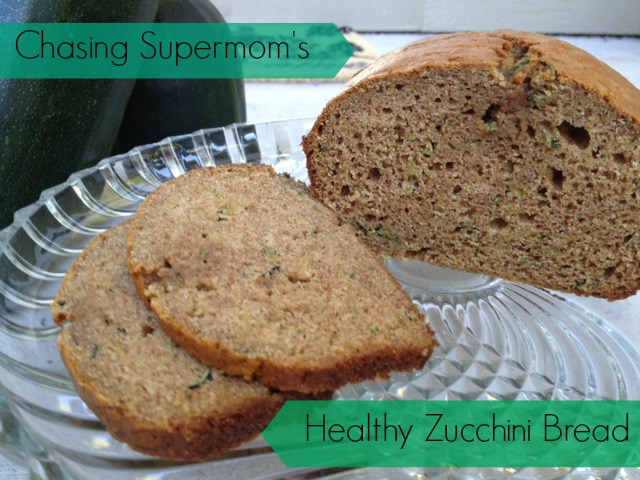