Prizing and samples courtesy of 20th Century Fox, DreamWorks Animation & TruMoo. I received complimentary/promotional products/items to facilitate my post. Opinions are my own.

Trolls hits theaters on November 4th! Make plans to take the whole family to see this exciting new animated comedy featuring an incredibly talented cast! Get a sneak peek at the trailer for this upcoming family film:

From the creators of Shrek comes DreamWorks Animation’s Trolls, a smart, funny and irreverent comedy about the search for happiness, and just how far some will go to get it. This hilarious film transports audiences to a colorful, wondrous world populated by the overly optimistic Trolls, who have a constant dance in their step and a song on their lips, and the comically pessimistic Bergens, who are only happy when they have trolls in their stomachs.

After the Bergens invade Troll Village, Poppy (Kendrick), the happiest Troll ever born, and the overly-cautious curmudgeonly Branch (Timberlake) set off on a journey to rescue her friends. Together, this mismatched duo embarks on a rescue mission full of adventure and mishaps – trying to tolerate each other long enough to get the job done.

Utilizing music to further the film’s narrative, the Trolls soundtrack is produced by Justin Timberlake and features five original songs including songs by Justin Timberlake, Ariana Grande, Anna Kendrick and Gwen Stefani, in addition to a number of classic hits from the ‘60s through the ‘80s.

TruMoo and Trolls have teamed up! TruMoo is delicious, nutritious and Trollicious! We love TruMoo! Not only is it delicious, it’s the perfect drink to serve at any upcoming Halloween parties! Make sure to look for these limited-time Trolls-themed milks at a store near you! 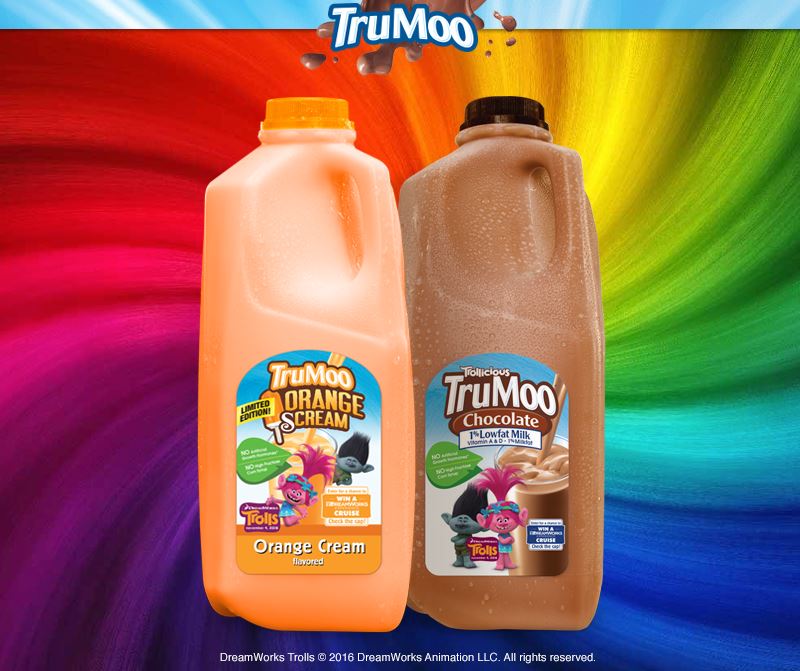 Now for a limited time, TruMoo Chocolate and Orange Scream milks feature Poppy and Branch from the new Trolls movie. Whether served in a glass or incorporated in creative recipes like Poppy’s Orange Scream Pudding Parfaits, “Trollicious” Chocolate Cheesecake Dip and Truly Colorful Crepes, every little Troll and Bergen will be asking for more. 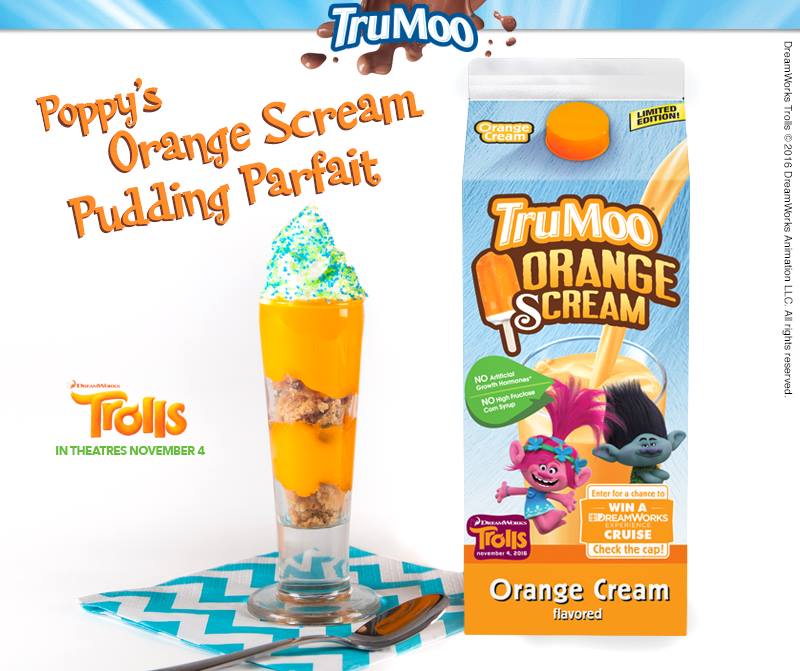 See you at the theater on November 4th!
Stay Connected:

One super lucky Chasing Supermom reader is going to win an awesome Trolls-inspired prize pack! Get those entries in and good luck!