I devoured The Hunger Games trilogy and read through the Divergent series in a matter of days. These two franchises led to me reading a long list of YA (Young Adult) Dystopian series and stand-alones. I had found a new genre of books – and frequently found myself being the lone 30-something perusing the shelves of the “Teen” section at the library. I was hooked. I even wrote a post highlighting my 10 Favorite YA Dystopian Series.

There are some INCREDIBLE YA Dystopian titles – but as I continued to delve into this genre, I’d sometimes find myself feeling like I was clearly not the intended audience. There is only so much teenage drama I can handle.

To balance out my taste for dystopian literature, I’m seeking to read dystopian books intended for adults. if you’ve never explored this genre beyond the adventures of Katniss or Tris, I’m sharing a quick list of 8 titles to get you going. 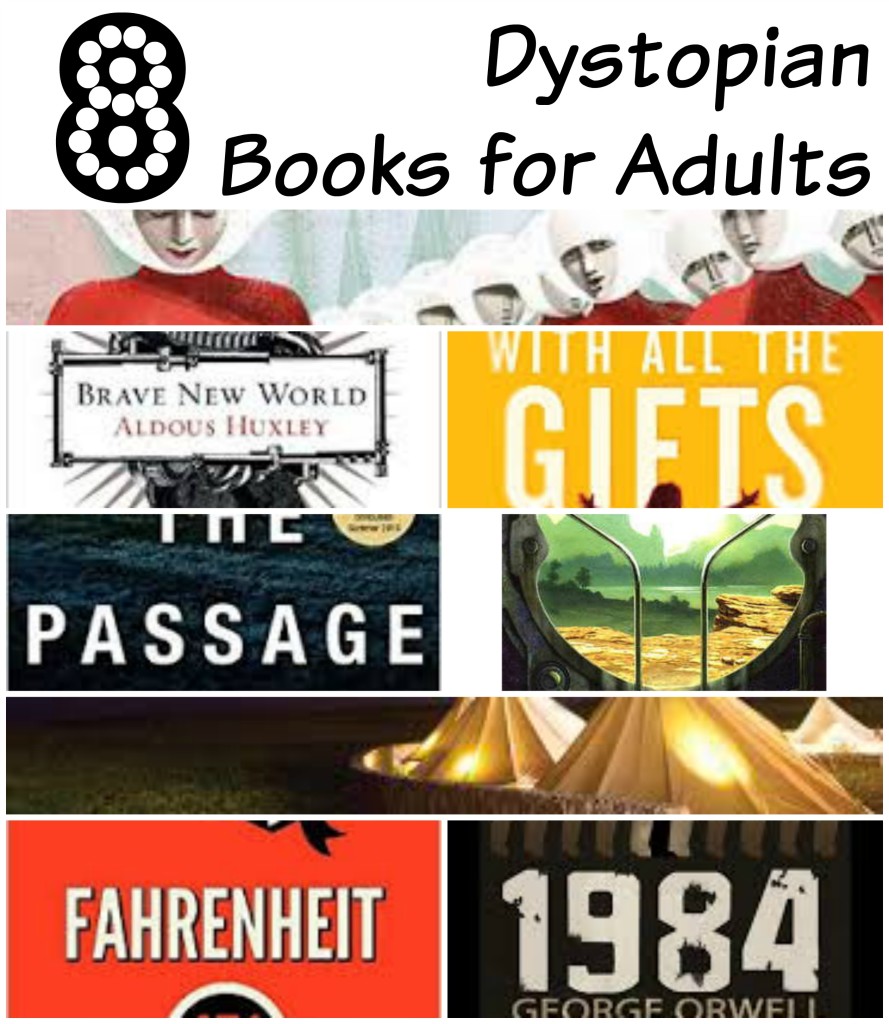 Offred lives in a society where women are strictly controlled -unable to have a job, earn money, and forbidden to read or obtain knowledge. Women are divided into four classes, the chaste, the childless wives, the housekeeping Marthas, or the reproductive Handmaids. Offred is a Handmaid- forced to live in the home of the Commander and his wife – waiting for the day he makes her pregnant, as that is her only value in Gilead.

Offred can recall her past life – one that included a husband and child. I was haunted and captivated by this tale. (This is soon to be a series on on Hulu.)

This is the book that started my love of dystopian literature. (Thanks Aldous Huxley!) The World Controllers have created the perfect society – full of happy (albeit drug-addled and brain-washed) consumers. One man, Bernard Marx longs to break free and visits one of the remaining “Savage Reservations” where the old ways of life are still practiced.

If you haven’t read this classic since high-school, it’s time for another look.

The Girl With All the Gifts

If your Sunday night isn’t complete without The Walking Dead, you may love The Girl With All the Gifts. This was a refreshing take on a “zombie” book- one that centers around a particular “zombie” child and a group of adults who run the facility where she is kept. I found this to be fast-paced, gripping, and unusual in a good way.

It’s the end of the world. There are monsters/creatures – and the fate of humanity lies in the hands of a six year old girl. Gripping. Intense. Long. Interesting. This takes so many thematic elements from many other dystopian novels and blends them in this violent yet slightly metaphysical tale.

This book is less well known, although readers are sure to recognize many of the films that are based on stories by the same author (ie – Blade Runner, Minority Report, Total Recall…many more!) In this book, millions of people are living in bunkers underground – believing the lie told to them everyday via the television, that there is a massive nuclear war going on. A medical emergency forces someone underground to the surface where he discovers more than the lie.

In this well-received novel, a flu of pandemic proportions has hit, and civilization has collapsed. This is a story that moves back and forth in time, and shows the inter-connections between people. This is an end-of-the-world book that is quiet, thoughtful, and more about relationship than the “chaos” of collapse. A definite must for dystopian fans – if for no other reason than balance.

This is another must-read for anyone who loves the dystopian genre – and definitely worth a re-read if this was “assigned reading” at some point in your education. In this book, books are banned -and must be burned. An interesting treatise on media, knowledge, control, and ignorance. 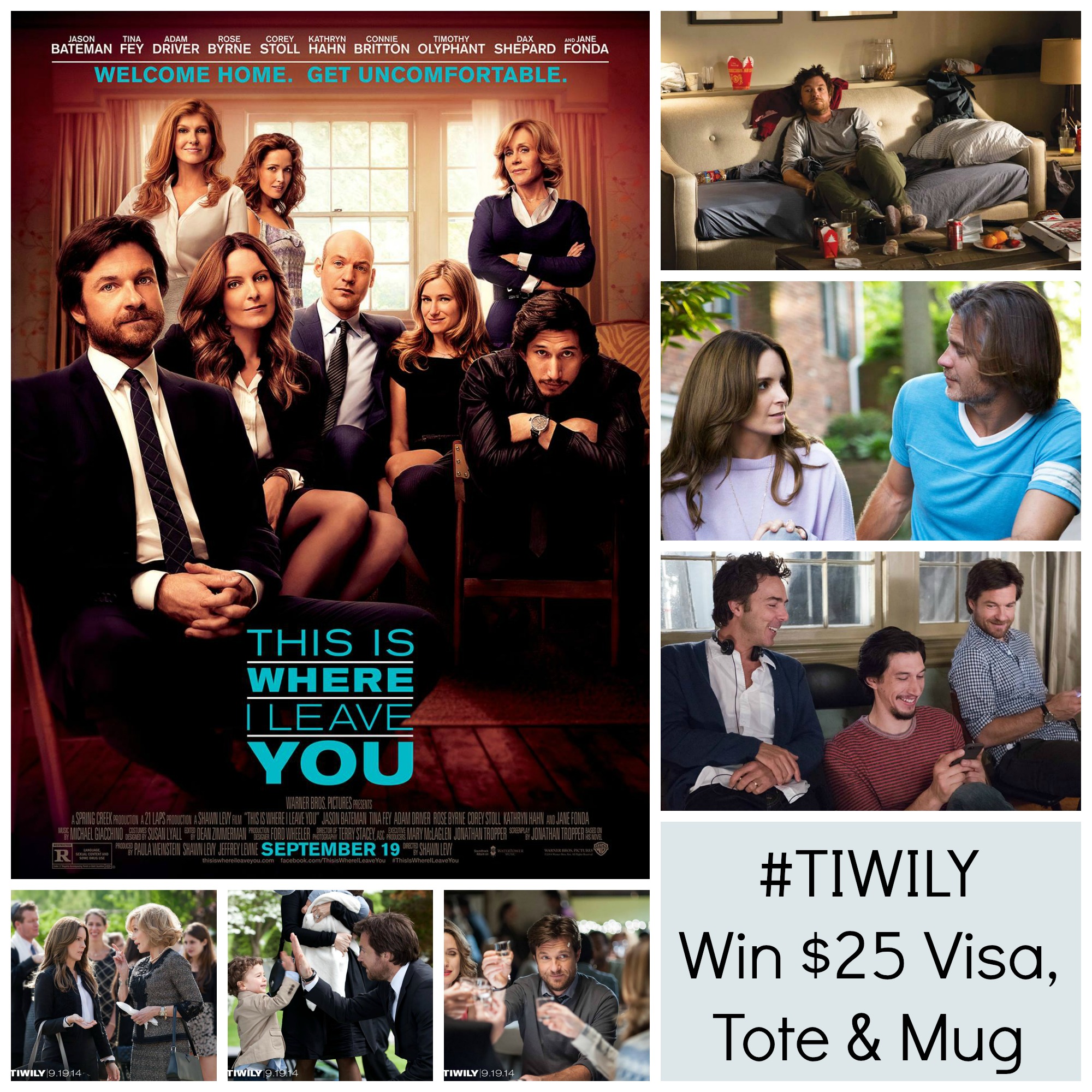 This is Where I Leave You – Visa Gift Card Giveaway #TIWILY 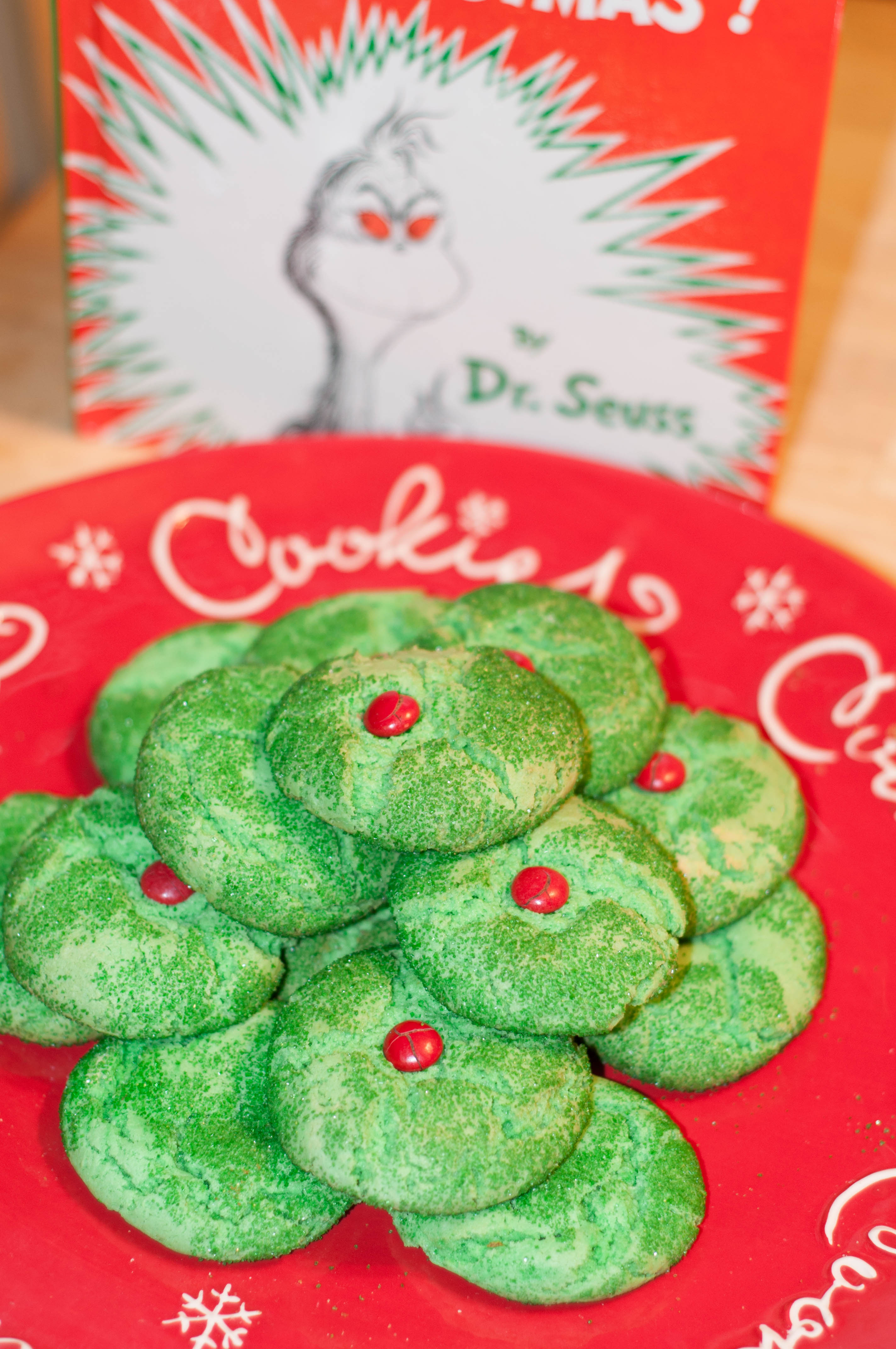