Posted by Bekki on Feb 19, 2017 in Daily Encouragement, Diary of a Supermom, Featured | 1 comment

My husband hates going to IKEA with me. It’s not the concept of putting together your own dresser or the glob of lingonberries on your plate of meatballs that bothers him. What he dreads is the way that everything in our home suddenly becomes “not good enough” the second I walk through the IKEA display rooms. As I see the way everything is arranged just so, perfectly decorated with just the right accent pieces and pops of color, I start to tell myself that the way I’ve decorated my own home is ugly. I leave the store feeling like I’ll never measure up and think about how much better I would be if my house looked like those showrooms.

Here’s the thing -nobody’s family room ACTUALLY looks like an IKEA display room – and nobody’s kitchen ever stays that clean and organized – at least nobody I know. IKEA display rooms are a sales pitch…a fantasy… Those display rooms trick us into believing that if we had that couch and those wicker baskets our house could also look like a gorgeous hipster loft.  IKEA wouldn’t sell as much furniture if they put their pieces in display rooms that looked like ordinary houses. Do you think those couches would sell if they had piles of dirty laundry sitting on them? Would that kitchen look as appealing with smashed Goldfish crumbs everywhere and smears of ketchup and maple syrup on the counter? I don’t think so. They’re selling us an alternate reality.

Maybe IKEA doesn’t stir up feelings of worthlessness in you, but I’ll bet you a nickel that social media does. Have you ever scrolled through your feed and seen your friend check-in to a restaurant you can’t afford, a play you were dying to see, or a party you weren’t invited to? What about when their child masters a skill before yours? And what about that friend of yours who doesn’t seem to even own a hair-tie or old hoodie?!

What so many of us fail to forget is that like IKEA, social media is often an alternate reality. What we post is not a true picture of our life. We post the highlights, and not the “behind the scenes.” 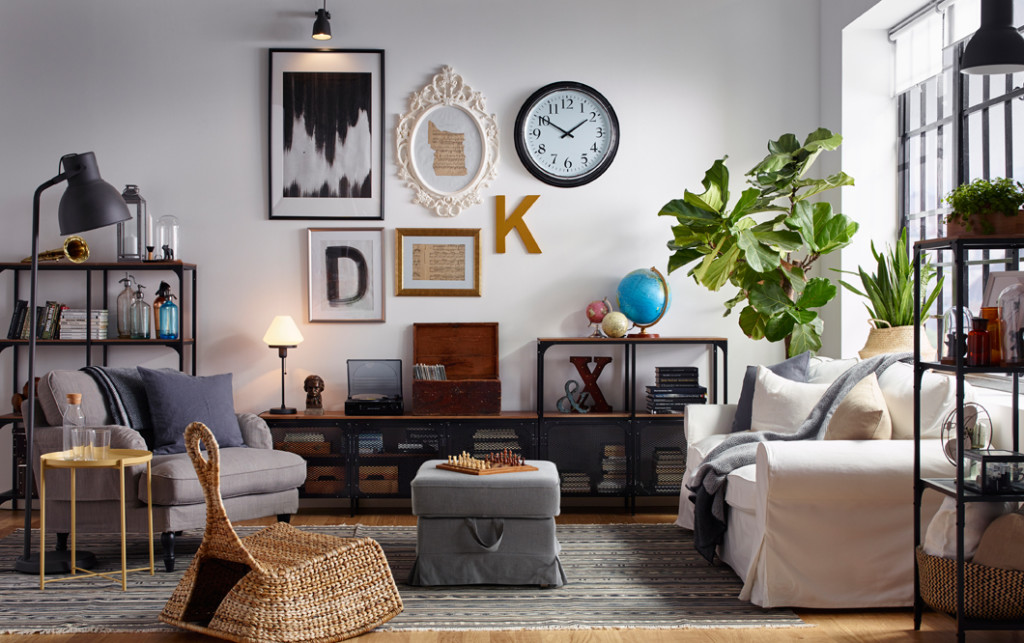 If I’m having a bad day – I don’t post. When I’m NOT productive, that doesn’t make it onto Facebook. If I make a “regular person” dinner – I don’t tell people about it. When my child is struggling to master a skill, you better believe I’m not tweeting about it. I don’t take Instagram photos of my house when it’s messy, take selfies when I’m not wearing make-up, and always take pictures in the cleanest part of the house.

We selectively share the posts and images we want to share – carefully crafting the version of ourself we want others to see. On social media, you can be whoever you want to be – make your life look like anything you want….and as it turns out, most of us want others to believe we’re perfect.

We post about our super-productive mornings, our gourmet dinners, and our successful outings with our kids. We don’t post about the days we get nothing done, make frozen chicken nuggets, or the outings when our kids fight the entire time. It’s all about the spin. It’s all about the presented image. We’re carefully constructing our pretend displays – and hoping people buy it.

I want to give you a couple of examples of how we work so hard to make our social media posts look like “display rooms” .

This picture of my son admiring the model train was taken about an hour after my grandmother’s graveside service. It was easier to post a picture of my son enjoying trains than it was to write a post talking about my feelings. I didn’t want to be vulnerable. You wouldn’t have known I was hurting as much as I was. Words can be manipulated. Feelings can be masked. 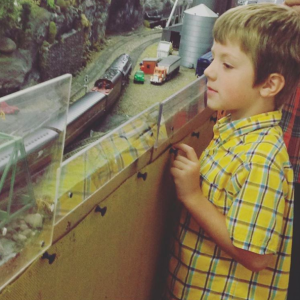 I posted this picture of me right before my husband and I saw The Lion King last summer. I look super-happy right? Wrong. We hardly ever fight -but had had a BIG fight that afternoon and hadn’t worked it through yet. I was anything but happy in this picture. But you’d never know that because pictures lie. 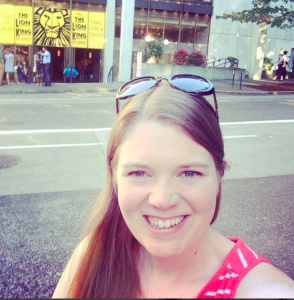 One last example. I posted this pic of my son “helping” me make a smoothie. I even used #gogreen. (I’d rather kiss a porcupine than eat kale.) This pic totally makes it look like my little man was getting ready to enjoy a healthy “green” smoothie right? Hahahah. Not one drop. Just making sure people think I’m a “good mom” and all that….you know, the type that makes smoothies instead of actual food and has kids who sing songs about their love of veggies….It’s hard for most of us to resist making ourselves look like that idea of “Supermom” every chance we get. When will we learn we don’t have something to prove? 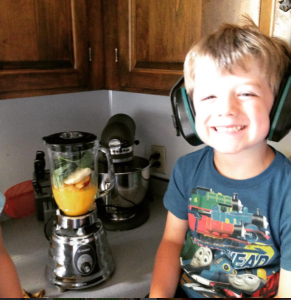 I have a proposal – let’s start being who we actually are. I’m not advocating for people to start airing their dirty laundry or being Debbie Downer all day every day (we all have those friends online)…..BUT, what I am saying is how about we stop moving the pile of dirty dishes before we take the pic? How about we let people see pictures of our kids when they’re not wearing adorable outfits? What would happen if people found out that you’re….gasp….normal?!

Maybe….just maybe…if more of us start to become transparent, less of us will feel “not good enough.” If more of us are honest about our lives, less of us will feel like a failure. Let’s dare to be vulnerable. Let’s courageously live our truth. Let’s drop the act, lay down the masks, stop hiding the imperfections, and just live our lives out loud, up front, and in all their ordinary glory. I’m in. Are you?