Posted by Bekki on Mar 13, 2017 in Books, Featured, Giveaways, Reviews and Giveaways | 6 comments

*This post is brought to you in partnership with Little, Brown & Co. I received samples and information to facilitate my post. Opinions are 100% my own.

In a world run by machines, humans are an endangered species.

Talk about a fantastic hook!! As soon as I heard that tagline, I knew Humans, Bow Down was a book I wanted to read! We all know James Patterson writes books people want to read. There is a reason he holds the Guinness World Record for most New York Times #1 Best-Sellers! This book, which released on February 20th, 2017 is no exception.

As an avid reader with a penchant for dystopian literature, I was excited to dive into the world Patterson had created. The Hu-bots (the robots the humans created that now control the world) were an interesting take on robotic life -and anyone with an interest in AI will enjoy this story. Others, who like me, simply love to turn the pages of dystopian or YA dystopian lit will feel “at home” as a reader with Humans, Bow Down. Find out more about this book below:

The Great War is over. The Robots have won. The humans who survived have two choices—they can submit and serve the vicious rulers they created or be banished to the Reserve, a desolate, unforgiving landscape where it’s a crime to be human. And the robots aren’t content—following the orders of their soulless leader, they’re planning to conquer humanity’s last refuge. With nothing left to lose, Six, a feisty, determined young woman whose family was killed with the first shots of the war, is a rebel with a cause. On the run for her life after an attempted massacre, Six is determined to save humanity before the robots finish what the Great War started and wipe humans off the face of the earth, once and for all. 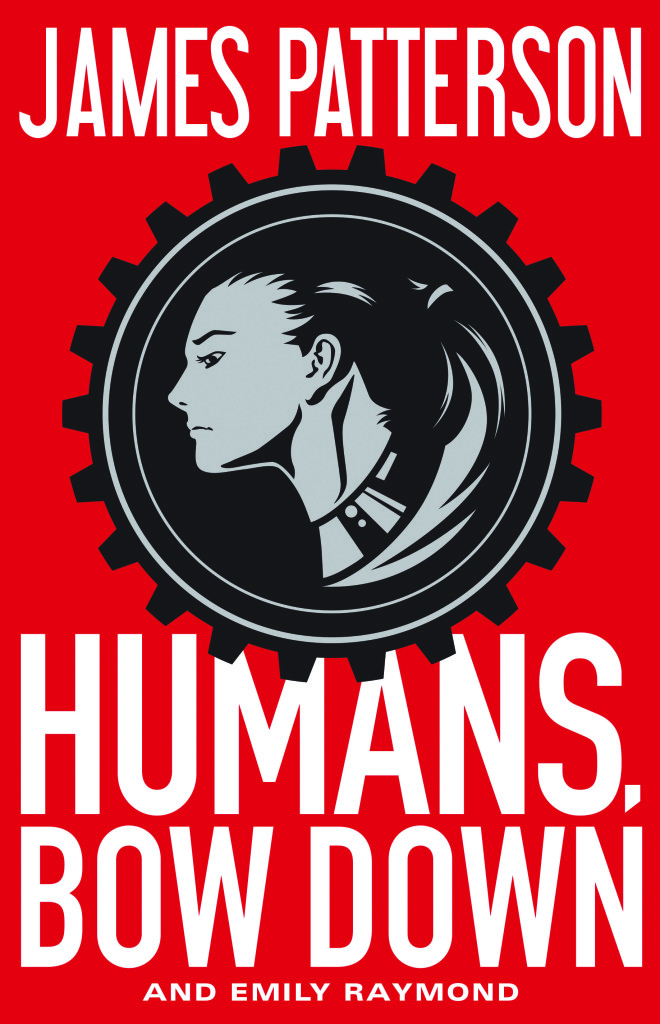 Get a copy of Humans, Bow Down by James Patterson and Emily Raymond on Amazon.

And now for a giveaway!!

In a World Run by Machines…

Giveaway open to US addresses only. Prizing and samples provided by Little, Brown & Co.

Get those entries in. Good luck!!
Humans Bow Down Prize Pack Giveaway