Posted by Bekki on Jun 26, 2017 in Featured, Giveaways, Movies, Reviews and Giveaways | 77 comments

The Minions are coming!! If you’re anything like my kids, you’ve been anxiously awaiting the return of Gru and the Minions! (Banana!!) I’ve got TONS of super-fun things to share with you today to celebrate Despicable Me 3 hitting theaters on June 30th!! Keep reading to find out about Despicable Me blind bags, free activity sheets, an AMAZING giveaway, and of course – a peek at the movie trailer!!

Here’s a little bit about Despicable Me 3, in theaters June 30th:

Illumination, who brought moviegoers Despicable Me and the biggest animated hits of 2013 and 2015, Despicable Me 2 and Minions, continues the story of Gru, Lucy, their adorable daughters—Margo, Edith and Agnes—and the Minions in Despicable Me 3.

After he is fired from the Anti-Villain League for failing to take down the latest bad guy to threaten humanity, Gru finds himself in the midst of a major identity crisis.  But when a mysterious stranger shows up to inform Gru that he has a long-lost twin brother—a brother who desperately wishes to follow in his twin’s despicable footsteps—one former super-villain will rediscover just how good it feels to be bad.

Despicable Me 3 Gear Your Kids will LOVE:

There are some awesome Despicable Me products that your kids are going to LOVE. They’re fun, affordable, and sure to put a smile on your little minion’s face. =) Check them out!

The Colgate® Minions™ Talking Battery Powered Toothbrush features voice instructions to help teach your child how to correctly brush their teeth so they can become the coach of family brush time. The small oscillating head has extra soft bristles that clean teeth and gently sweep away plaque. With the lovable Minions congratulating your child after two minutes of brushing, learning the right way to brush teeth has never been so fun! The toothbrush retails for $9.99 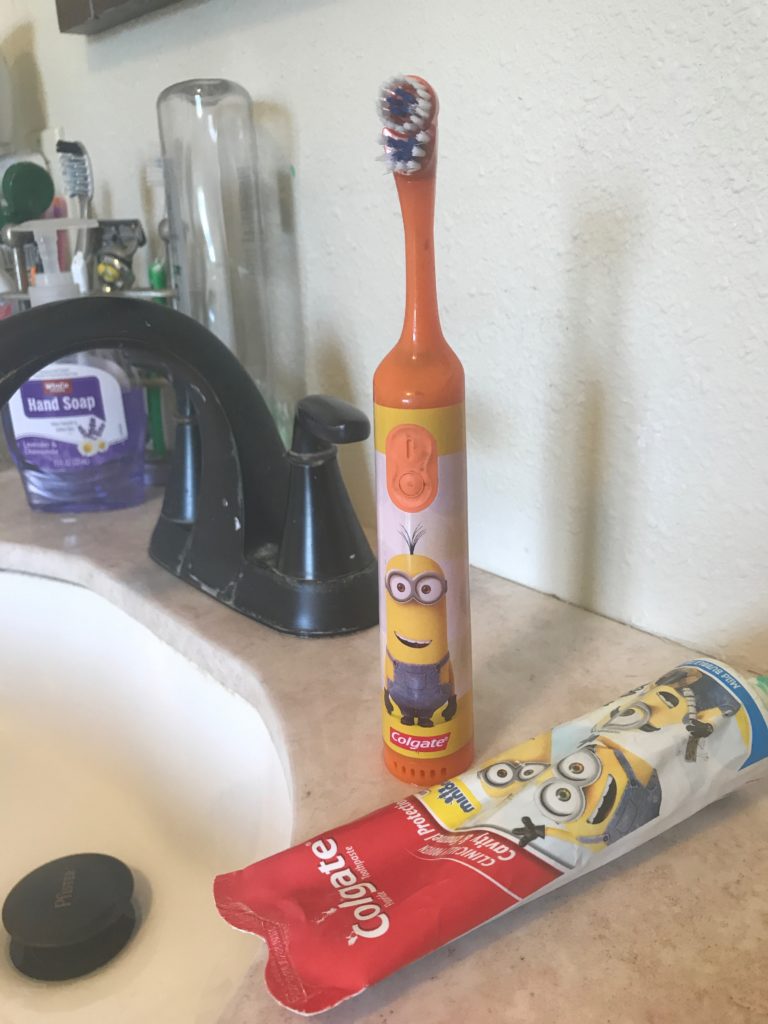 Kids will love to search for the Mineez Despicable Me characters and collect them all while they’re small! They can get a little taste of Mineez Despicable Me with this Blind Box Pack. Kids can pop open the capsule to find 1 hidden Mineez inside. There are over 75 to collect. They better make sure to look out for the Limited Edition Golden Minions. Mineez- Big Fun Made Mini! This toy is rated for kids ages 5+ and retails for $2.99. (My kids had SO much fun discovering what was inside!) 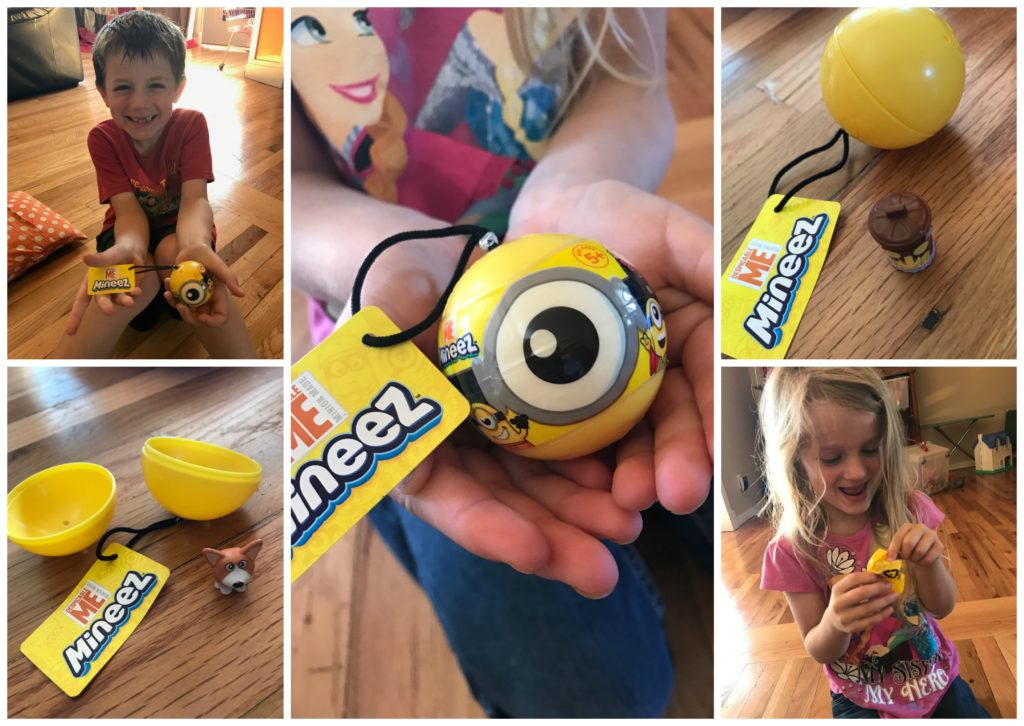 “There’s Something Special” is one of five brand new original tracks Pharrell Williams wrote and produced for the film. The original motion picture soundtrack is available NOW, find it on iTunes. 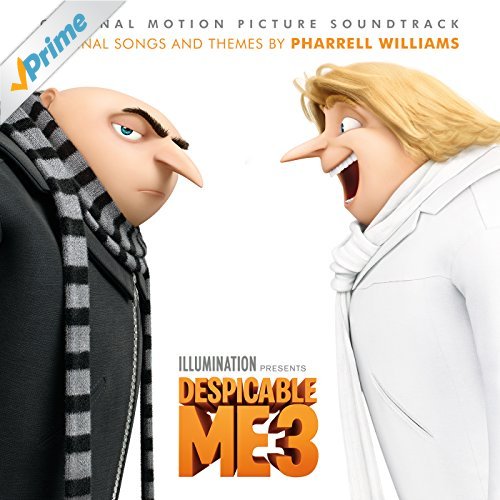 Pharrell has written and produced songs and themes for the entire Despicable Me series. Despicable Me 2 featured the Academy Award®-nominated and Grammy Award-winning global smash hit “Happy.” The song inspired a worldwide movement of happiness, with its original music video spawning thousands of self-made videos from fans in dozens of countries. “Happy” has topped countless charts around the globe, with 14 million units sold. It has achieved seven-time-platinum certification in the U.S., making the song the best-selling and most successful single of 2014.

Get your copy on Amazon!

Download free Despicable Me 3 activity pages!! There are some fun ones to choose from! 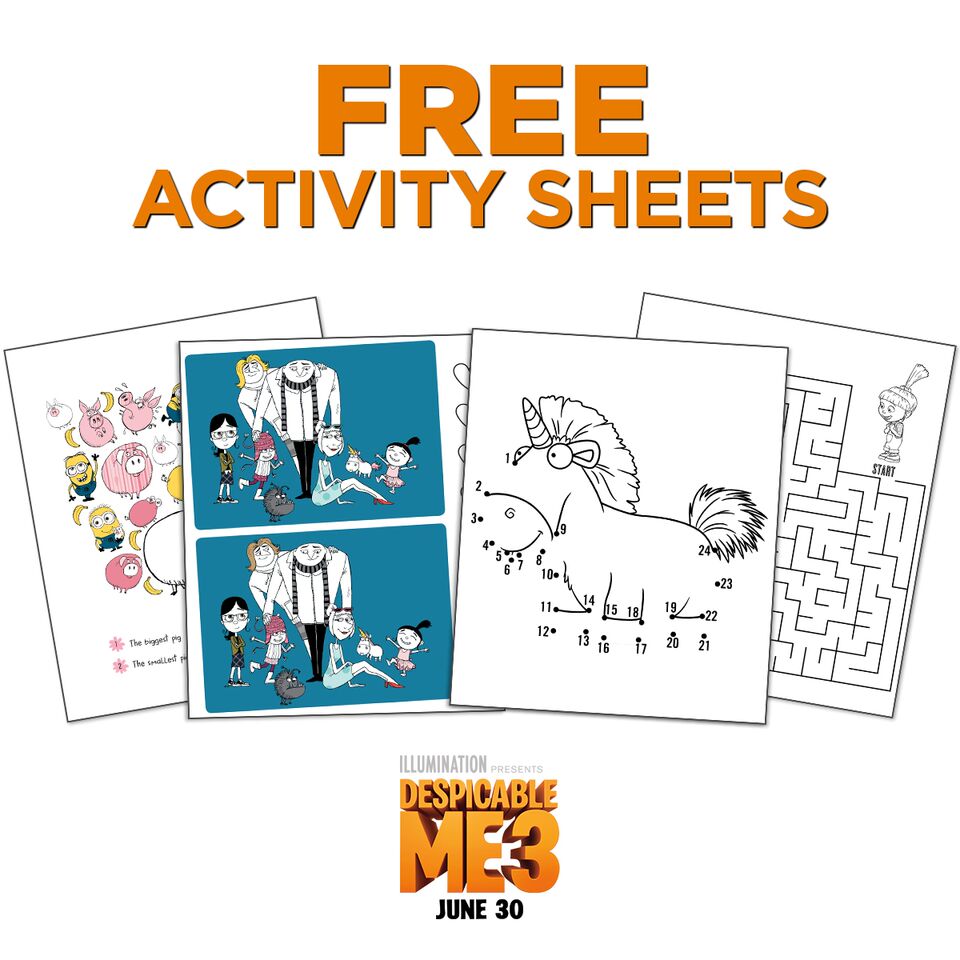 DESPICABLE ME 3 – In Theaters June 30

Say “Aloha” to the Minions, and get your tickets!! 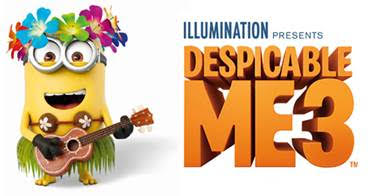 Who is ready to win??!! One very lucky Chasing Supermom reader is going to win an awesome Despicable Me 3 Prize Pack! Get those entries in – and good luck!!

Open to US mailing addresses only. Prizing and samples courtesy of Universal Pictures, Colgate and Moose Toys.