Categories Menu
Home » Entertainment » Roald Dahl’s Charlie and the Chocolate Factory is in Portland through 8/18/19!

Roald Dahl’s Charlie and the Chocolate Factory is in Portland through 8/18/19!

This post is written in partnership with Broadway in Portland. I received complimentary tickets to the show to help facilitate a review. Opinions are 100% my own.

Last night, my daughter and I had the pleasure of attending Roald Dahl’s Charlie and the Chocolate Factory! This scrumdiddlyumptious show will be in Portland, Oregon at the Keller Auditorium now through August 18th! 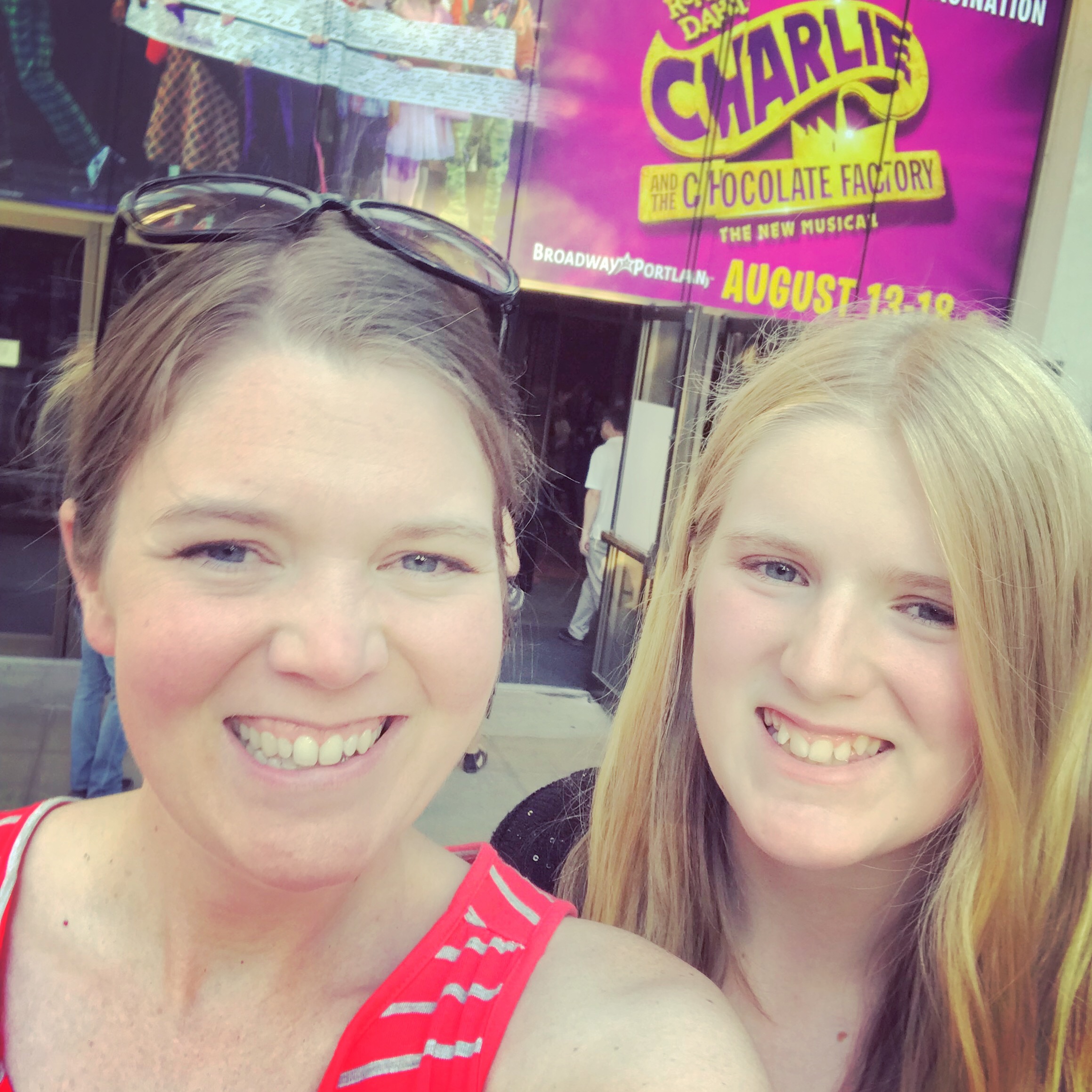 Roald Dahl has been among my favorite authors since childhood. I was thrilled to be able to take my daughter to the stage adaptation of one of his most beloved works of fiction, Charlie and the Chocolate Factory. As a parent, I’m always thrilled when a family-friendly show comes to town. Introducing my children to musical theater has been such a joy. Attending a Broadway play is an experience like no other – and Charlie and the Chocolate Factory did not disappoint. My daughter LOVED it!!

Noah Weisberg as Willy Wonka, and Rueby Wood as Charlie Bucket were OUTSTANDING. Anyone willing to take on the role of an iconic character will be met with an amount of audience expectation – but in this case, I think show-goers will find these two immensely gifted actors to be absolutely chock-full of pure imagination. 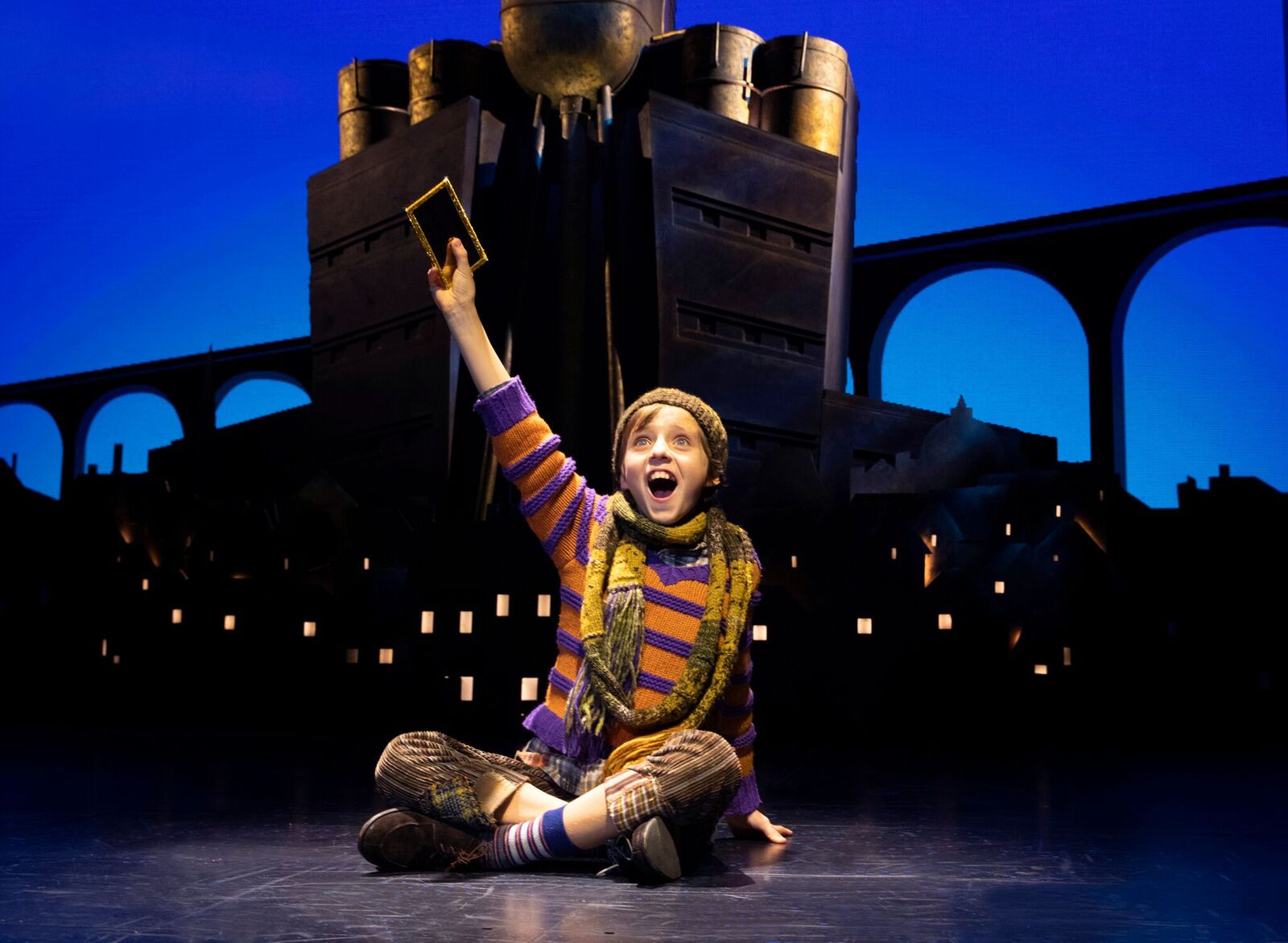 The ensemble cast was full of true characters – animated, whimsical, and full of life.

The choreography in Charlie and the Chocolate Factory was like biting into what you think is a plain piece of chocolate, and finding a delicious caramel center – completely unexpected and absolutely wonderful!! The magical choreography was by Tony Award® nominee and Emmy Award® winner Joshua Bergasse.

Another favorite? The Oompa-Loompas! No spoilers- but the way the genius cast and crew pulled this off was brilliant and a total crowd-pleaser.

The show embraces whimsy, imagination, and the spirit of invention. Charlie Bucket inspires all of us to never allow our circumstances to prevent us from dreaming. His story is not only heart-warming, but thought-provoking. I hope you’ll go see it while it is in town!

Roald Dahl’s Charlie and the Chocolate Factory tells the story of Willy Wonka, world famous inventor and chocolatier who has just made an astonishing announcement. His marvelous—and mysterious—factory is opening its gates…to a lucky few. Charlie Bucket, a young man whose life definitely needs sweetening, along with four other golden ticket winners embark on a mesmerizing, life-changing journey through Wonka’s world of pure imagination.

Get ready for Oompa-Loompas, incredible inventions, the great glass elevator, and more at this everlasting showstopper! 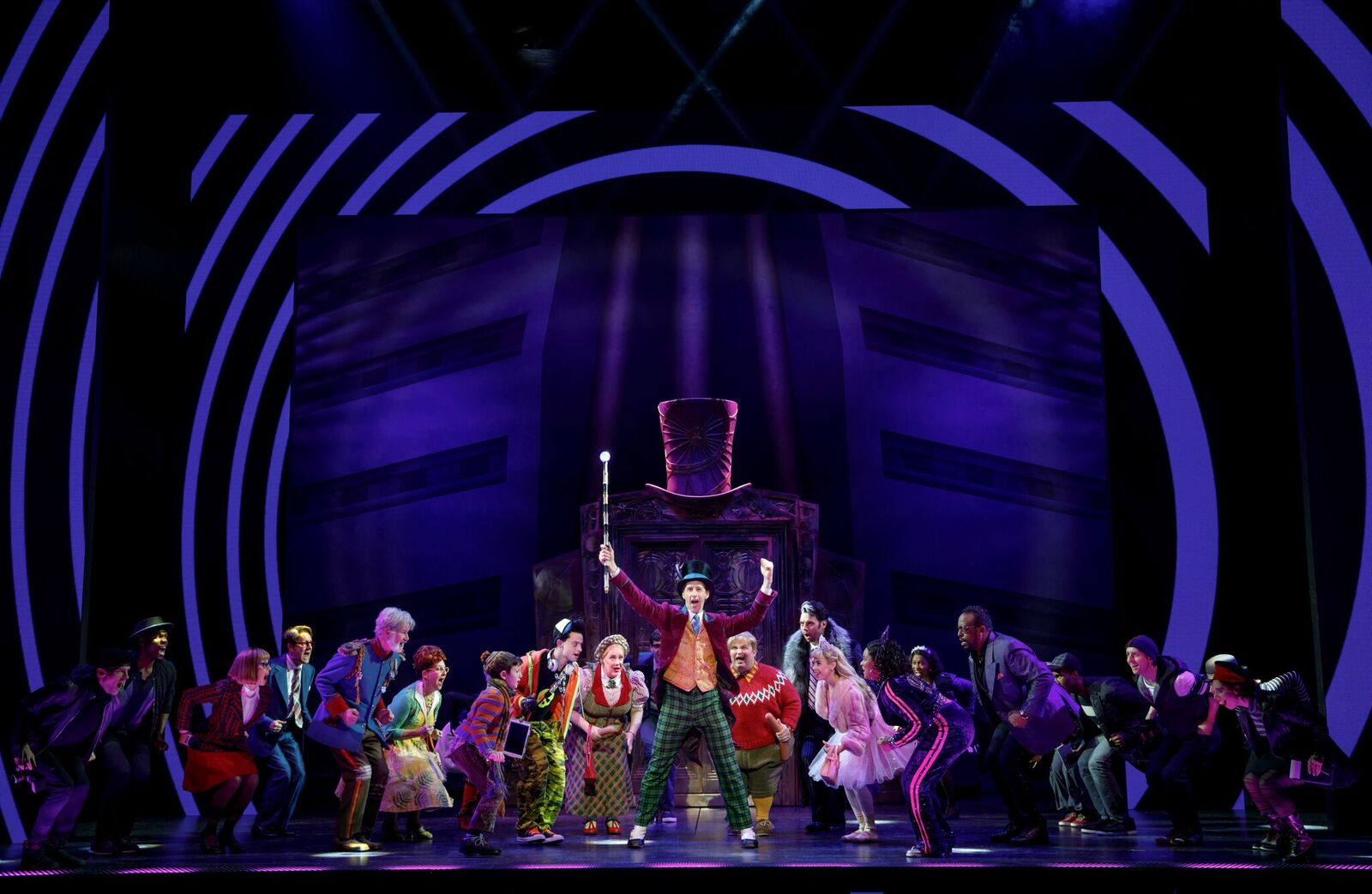 *If the 1971 movie, Willy Wonka & the Chocolate Factory was a big part of your childhood (as it was mine), I highly encourage you to approach the stage adaptation with an open mind, viewing it as a separate entity, rather than expecting a remake. The show features several of the songs fans will know, including The Candyman, I’ve Got a Golden Ticket, and Pure Imagination. While much of the storyline is what can be found in the book and screen adaptations, there are several minor changes and updates.

Roald Dahl’s Charlie and the Chocolate Factory will be at Portland’s Keller Auditorium for eight performances. The schedule for the remaining Portland engagement is:

For additional information on ADA seating and services, personal assistance selecting accessible seats or for more information about accessibility, please contact the Broadway in Portland Box Office by phone at 503-417-0573 (M-F, 10a-5pm) or email Broadway@PortlandOpera.org

Tickets can be purchased by visiting www.BroadwayInPortland.com or at Portland’5 Box Office: 800-273-1530

Broadway in Portland is a partnership between Portland Opera and Broadway Across America.