The Trials of Apollo: The Tyrant’s Tomb Giveaway!

Disney Book Group sent me a copy to check out and is partnering with me for a giveaway! Opinions are my own.

After sailing through (and loving!) best-selling author Rick Riordan’s Percy Jackson and the Olympians series, my kids were eager to begin his Trials of Apollo series. In the Trials of Apollo series, the god Apollo has been cast down from Olympus after angering his father, Zeus. He lands in New York City, as a mortal teenage boy named Lester. Lester/Apollo must now remain on Earth until he regains Zeus’s favor by restoring five oracles.

In the third installment of the five-book series (The Burning Maze), Apollo/Lester (and everyone reading along!) learned that an evil triumvirate of Roman Emperors had plans to attack Camp Jupiter. Now, in the fourth book, The Tyrant’s Tomb, we not only get to revisit Camp Jupiter and see old friends reappear, but watch them all in action as they fight together. 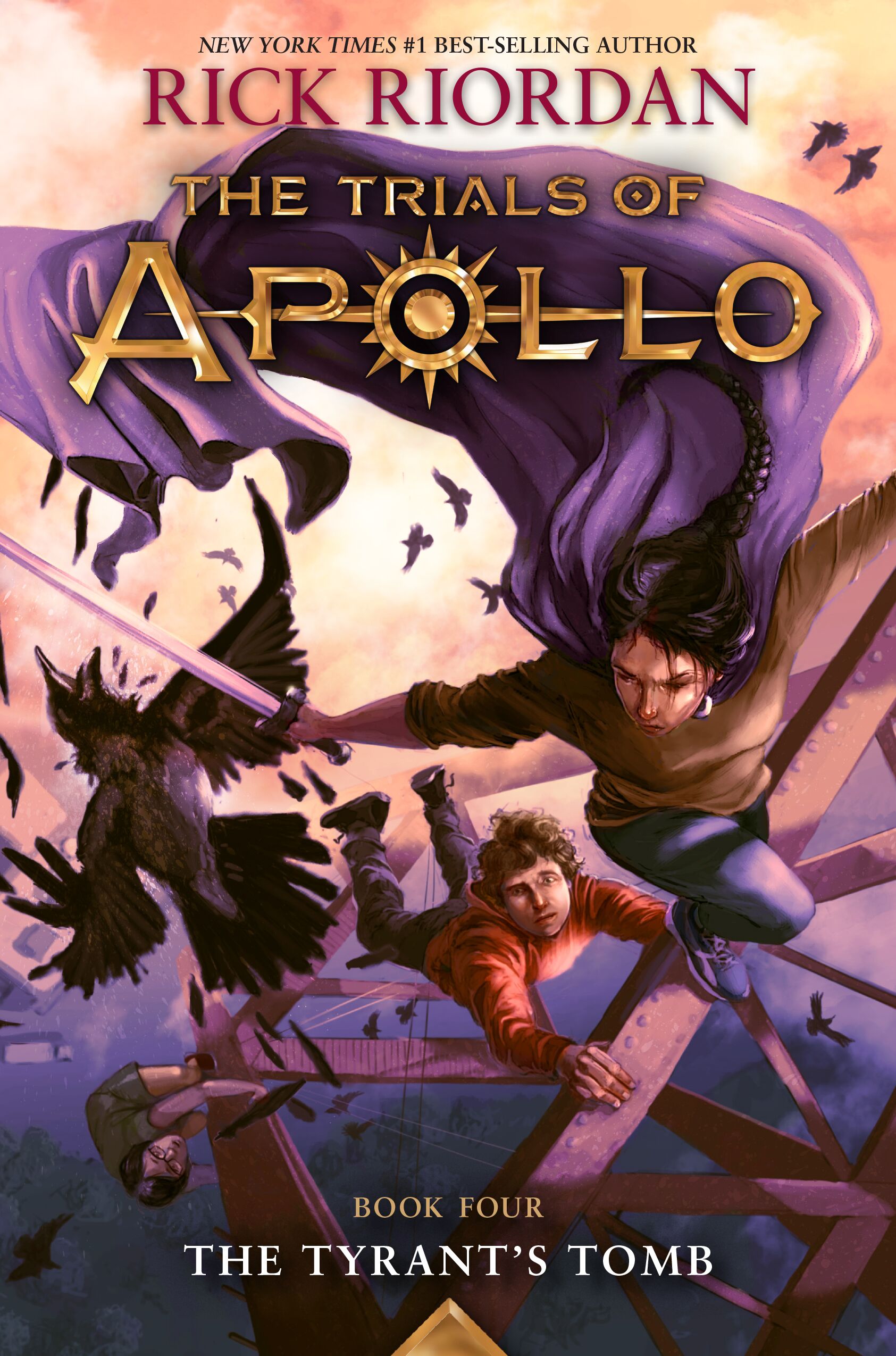 The books are written from the POV of Apollo himself – a god still wrestling with being a somewhat awkward (albeit likable) teenage boy without his powers. I love that the books include both strong male AND female characters, as well as characters from a wide range of backgrounds. Rick Riordan breathes fresh life into mythology – taking stories and characters many of us learned about growing up, and refreshes them, putting modern twists on ancient tales. His writing is humorous and engaging. Best of all? My teen and tween ENJOY reading them.

If you or your kids/nieces/nephews/grandkids/students/friends/etc haven’t read any of the Trials of Apollo books, I highly encourage you to go back and check out the series starting at Book 1, The Hidden Oracle. I have a feeling that once you read Book 1, you’ll dive right into books 2, 3, and now book 4, The Tyrant’s Tomb. (You’ll have to wait along with the rest of us for Book 5 to drop!) 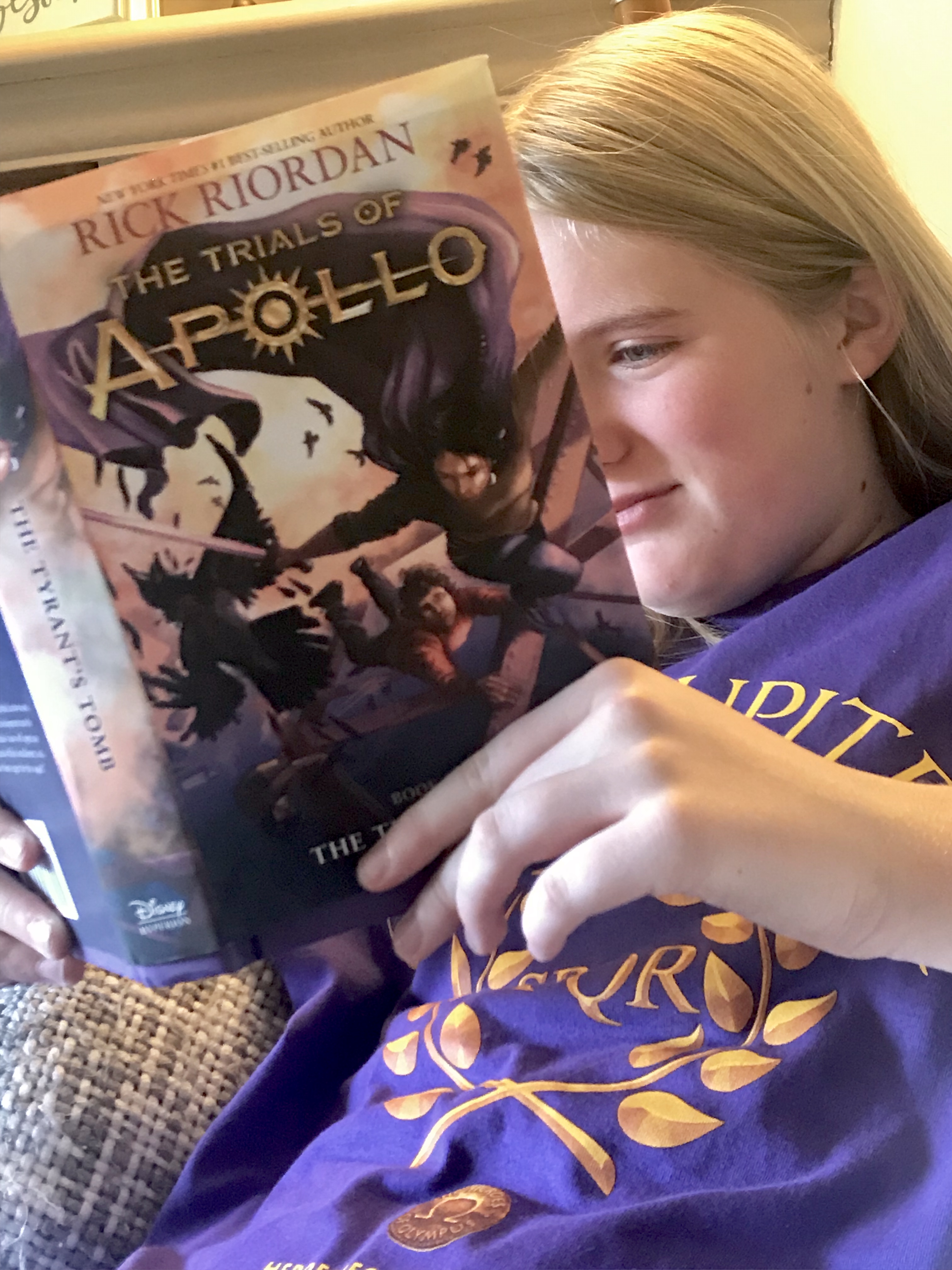 You can find The Trials of Apollo: The Tyrant’s Tomb on Amazon, or wherever books are sold.

Need to catch up? You can also grab the first 3 books in the Trials of Apollo series!

And now for the best part! One very lucky Chasing Supermom reader is going to win an awesome prize pack! Get those entries in, and good luck!

One winner will receive: 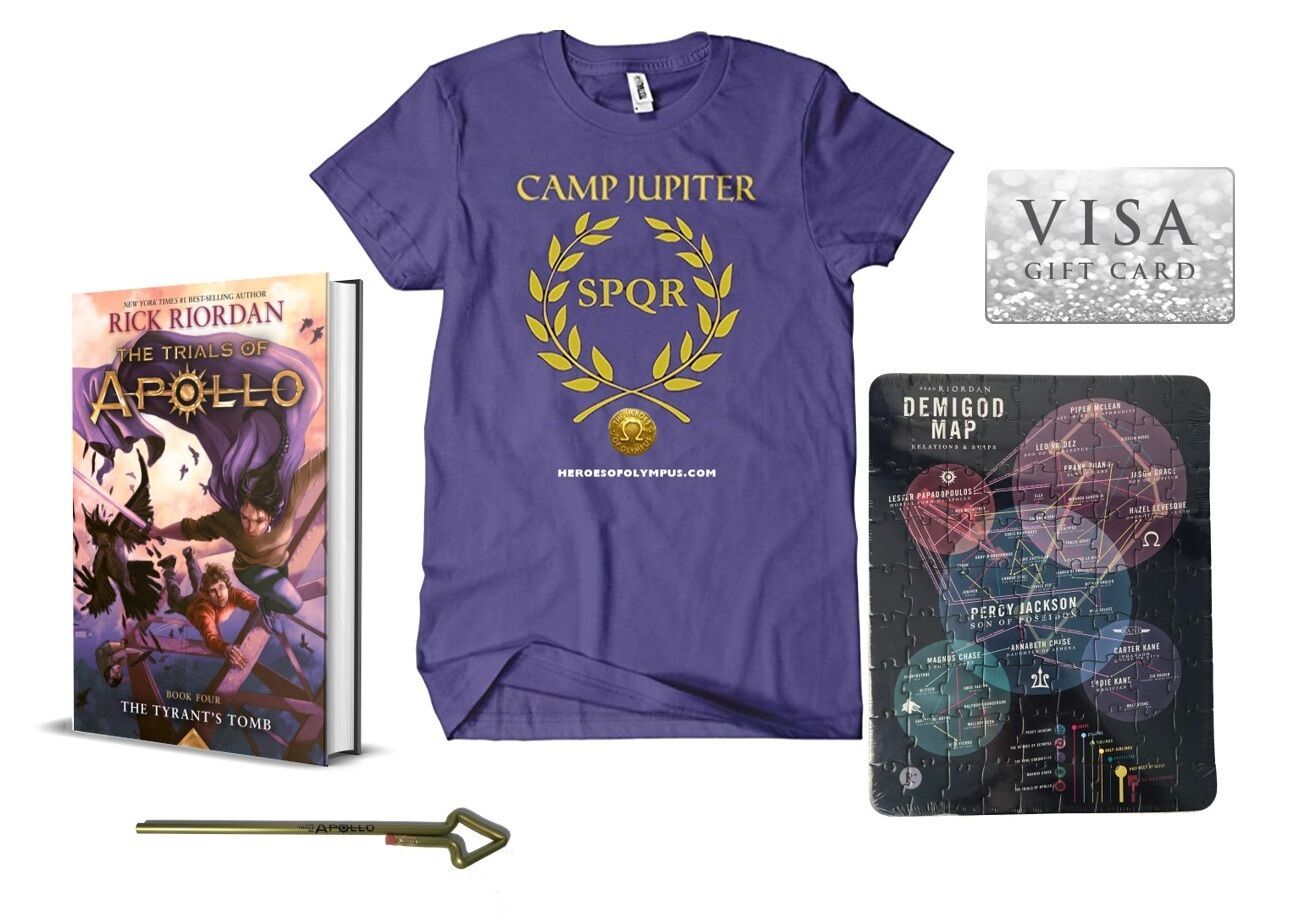 *Contest is open to US residents 18+. All entries will be validated. “Dummy” accounts not eligible to win. 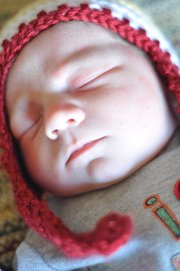