*This post is written in partnership with Broadway in Portland. I received complimentary tickets to the show. Opinions are 100% my own.

Last night, my daughter and I attended opening night of Dear Evan Hansen in Portland, Oregon at the Keller Auditorium. 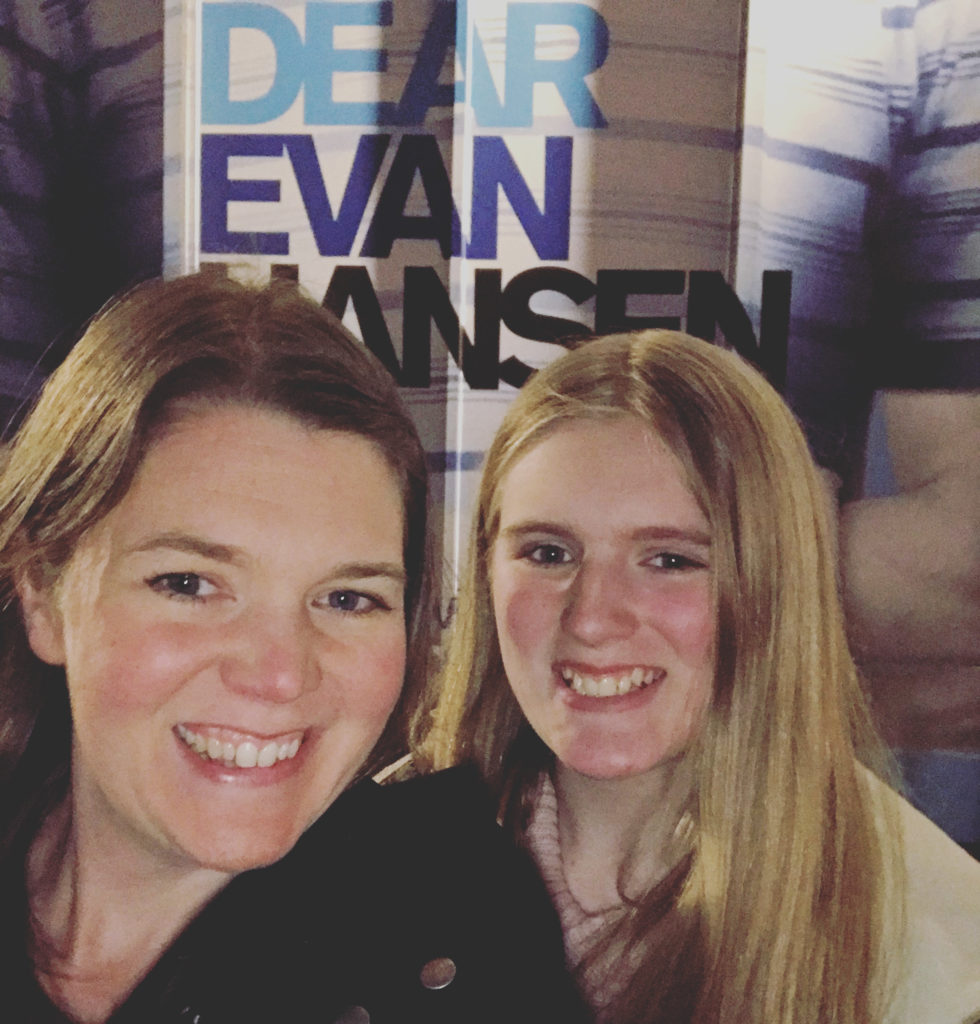 When this show was announced as part of this season’s lineup, I was THRILLED. I’d heard all the buzz about the musical that won  SIX!! 2017 Tony Awards®  and couldn’t wait to see it. My excitement built as my daughter discovered the Grammy Award®-winning Original Broadway cast recording – and she and I fell in love with the incredibly powerful and moving music. And let me tell you – the show did NOT disappoint.

Here’s the thing – I think on some level, each of us identifies with Evan…with Connor…with Alana…with Jared. We all know what it’s like to feel alone – to feel invisible. Dear Evan Hansen illuminates the different ways we cope with feelings of loneliness and worthlessness, and ultimately sheds light on the beautiful fact that we are NOT alone. 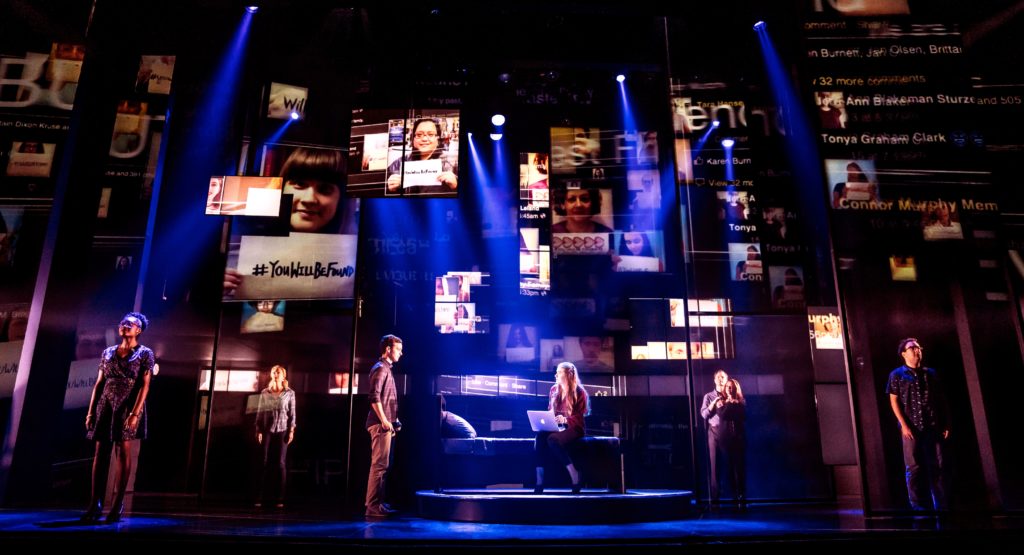 Dear Evan Hansen opens the door for parents to talk to their teenagers (*I wouldn’t take anyone younger than 13 to see the show due to language and mature theme), about difficult but necessary topics like suicide, drugs, bullying, honesty, empathy, compassion, loneliness, friendship, internet usage, dating, and parent-teenager relationships. Dear Evan Hansen approaches these challenging topics with authenticity – not shying away from reality or the depth of feelings we wrestle with.

While Evan and a handful of high-school students are perhaps the focus of the show, as a parent I appreciated watching the way both Evan’s mother and Connor’s parents struggled through their own feelings of grief, inadequacy, shame, and loss. It was vulnerable, raw, gritty – and incredibly needed in today’s culture of “highlight posting.” When we only see the “good” shown on social media, it’s difficult to remember that we are not the only ones walking through dark emotions or hard times. Dear Evan Hansen reminds us that whether we’re 18 or 40, we’re not alone in the struggle.

Dear Evan Hansen differs from many Broadway productions in that the cast is small, the sets are limited, and there aren’t any big dance numbers or over-the-top effects. Instead, Dear Evan Hansen relies on the power of story and uses emotion to move and wow the audience-goer. 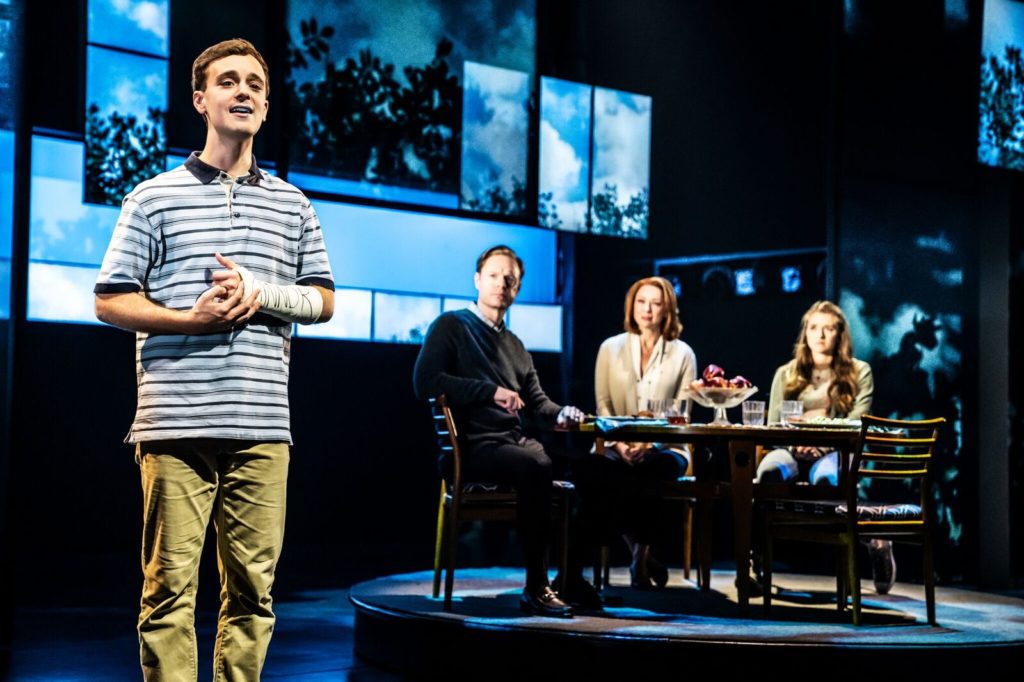 At time of posting, there are still tickets available! If you’re able, I urge you to see this powerful show. Don’t miss out!

Dear Evan Hansen will be at Portland’s Keller Auditorium for sixteen performances. The schedule for the Portland engagement is:

For additional information on ADA seating and services, personal assistance selecting accessible seats or for more information about accessibility, please contact the Broadway in Portland Box Office by phone at 503-417-0573 (M-F, 10a-5pm) or email Broadway@PortlandOpera.org.

If you can’t make it to Dear Evan Hansen, there are some incredible shows on their way to the Rose City this season! Make sure to visit www.https://portland.broadway.com/ for more information. Still coming this season:  Frozen, The Illusionists, The Book of Mormon, Anastasia, and Mean Girls!!