This post is written in partnership with Broadway in Portland. I received complimentary tickets to the show. Opinions are 100% my own.

Last night, my daughter and I had the privilege of seeing Frozen at the Keller Auditorium in Portland, Oregon. This was my daughter’s very FIRST Broadway-style musical, and what an introduction! I think it’s safe to say – she’s hooked! 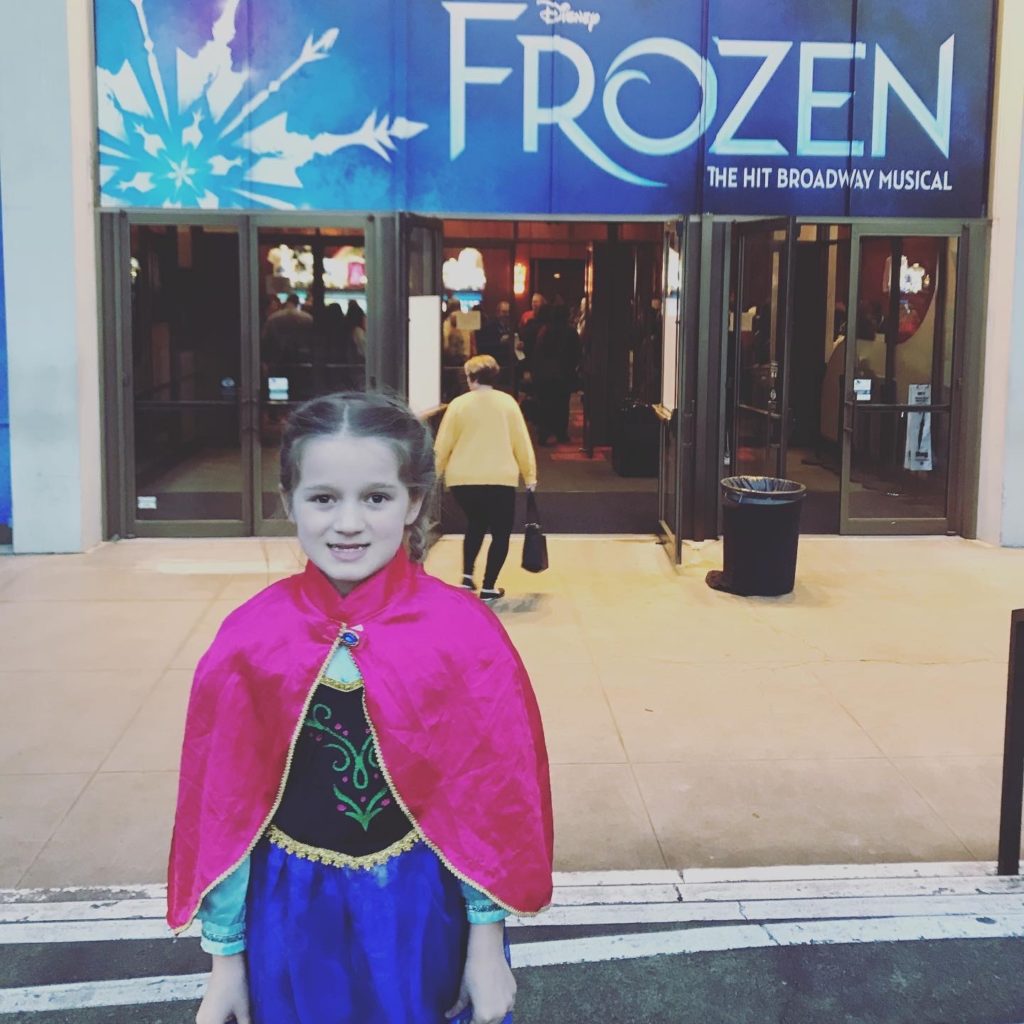 Introducing my children to musical theater has been one of my greatest joys. Theater tickets are absolutely worth the investment. I highly encourage you to continue to follow Broadway in Portland (or the local ticketing office in your hometown) and watch for family-friendly shows. When they come to your city – snap those tickets up! 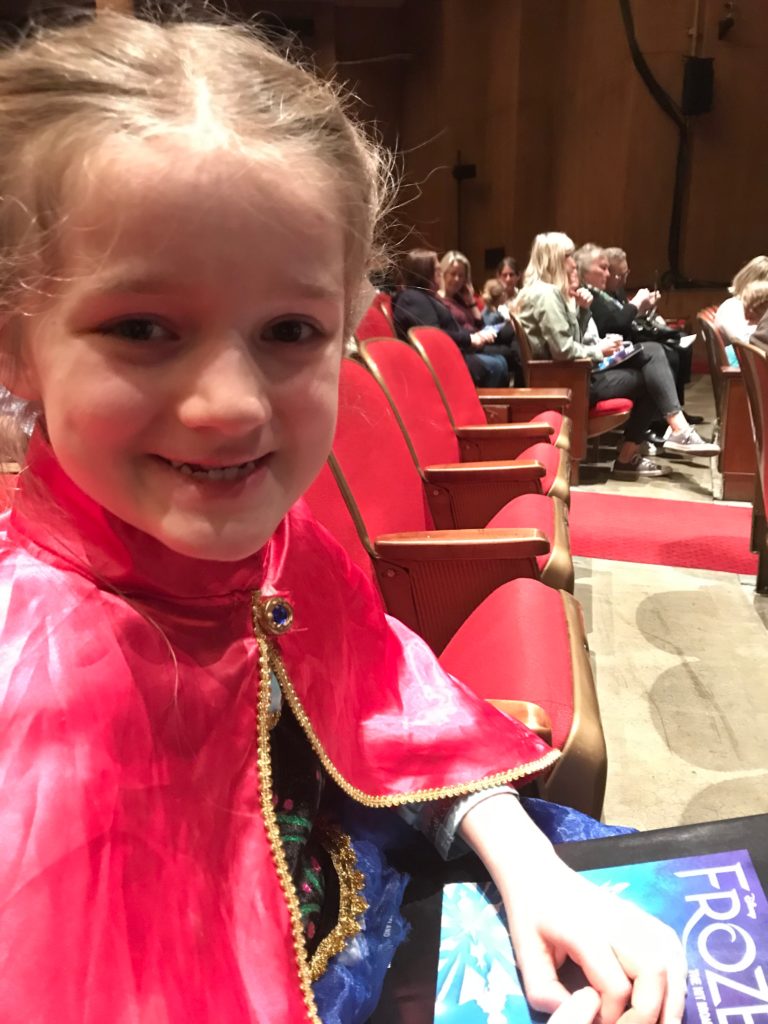 I’m going to be honest for a second. I have two daughters – and have had to watch Frozen more times than I can count. We’ve watched Frozen on Ice, seen Frozen 2, and had 3 separate Frozen Halloween costumes. It was safe to say that I was a bit less excited to see Frozen than my daughter was. However, for anyone out there who may be feeling a little….freezer burnt so to speak, I honestly think Frozen will be a wonderfully pleasant surprise.

As a Disney fan, I was thrilled to see the heart of Frozen portrayed on the stage. However, additional songs and subtle changes to story and dialogue kept the musical fresh and interesting. I really appreciated that the musical was not a shot-by-shot reproduction of the movie. However – Frozen had every bit of the Disney magic.

Frozen featured stunning visual effects, the iconic music we all know by heart (+ a few songs unique to the stage production), beautiful sets, and a wildly talented ensemble cast. 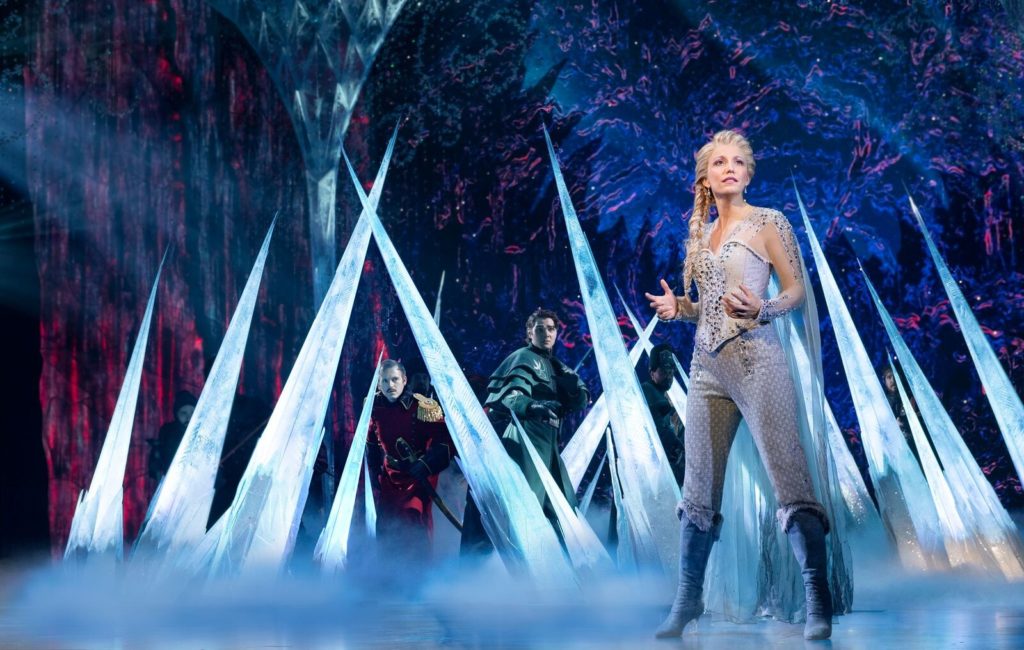 (As a fun little side bonus – Elsa and Hans are married in real life! If you pay careful attention, watch Austin Colby (Hans) as his wife takes her bow at the end of the show. That proud smile made my night!) 😉 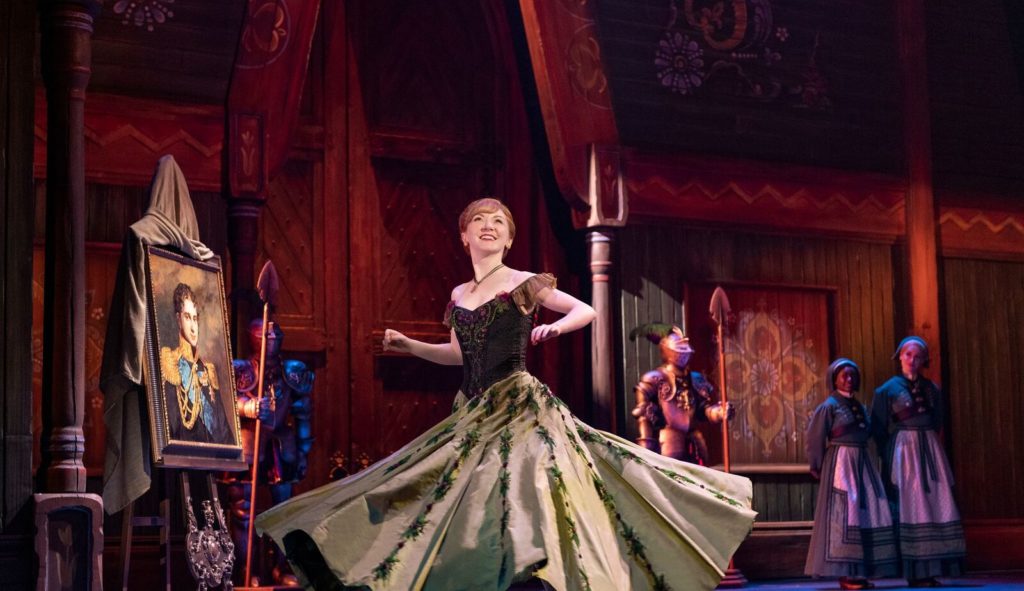 While you sadly cannot catch Frozen right now, please keep your eyes open for this fantastic show if/when it tours/re-tours through your city. I urge you to bring the whole family and see this pixie-dusted show. 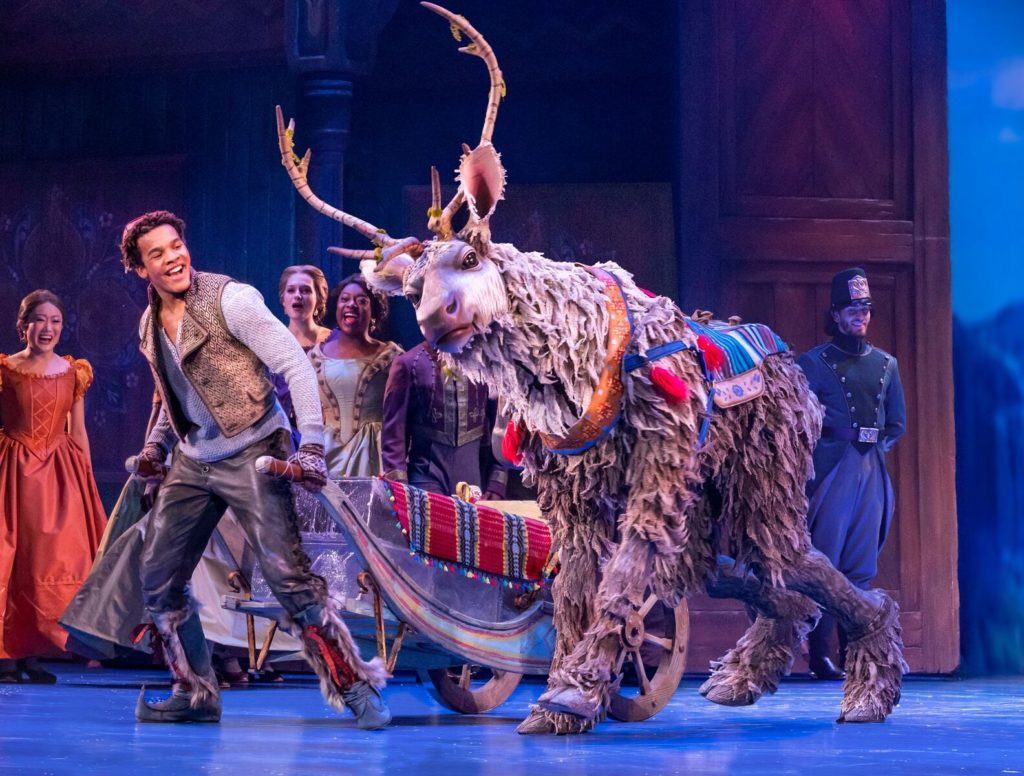 Here is a statement from Broadway in Portland regarding the mandated cancellation of the remainder of Frozen’s run in Portland:

Governor Kate Brown has issued an order to cancel or postpone gatherings of 250 or more in the state of Oregon for the next four weeks. As a result, Broadway in Portland will cancel all remaining performances of Disney’s FROZEN March 12 – March 22.

Refunds will be processed automatically. To request a refund for tickets paid for with cash or check, please contact your original place of purchase. Refunds are only available for tickets purchased directly through official ticketing partners. Broadway in Portland is not responsible for the refund practices put in place by secondary ticket providers.

We appreciate the leadership of our public officials and will continue to monitor the situation as it evolves to ensure the health and well-being of our patrons, artists and staff before anything else.