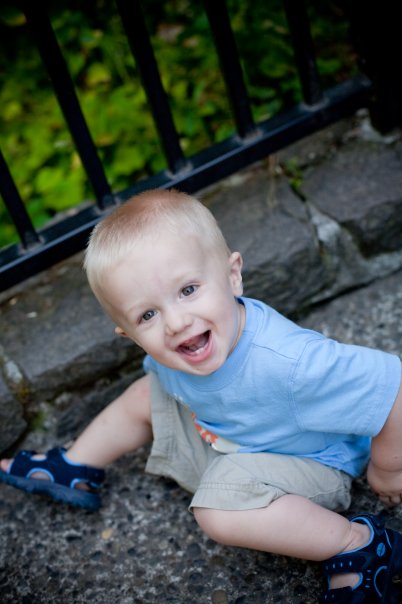 You look around the playground and notice all of the boys running wild. They’re whooping and hollering, actively playing super-heroes or an intense game of tag. They’re the jocks. The alphas. These are the rough and tumble, sports-loving, good ol’ boys.

You see the little girls all decked out in their tutus, costume jewelry, and hair bows. They’re playing princesses or nurturing their baby dolls. They’re the girly girls who love dollies, house, and dislike being dirty. Sugar and spice and everything nice.

Then, you see your child, and notice that they don’t “fit.” They aren’t like everybody else. You might feel guilty. You may wrestle with just a twinge of disappointment. You may worry. Try as you might, your child just doesn’t fit into the “box” they’re “supposed” to.

Today, I want to encourage you to EMBRACE whoever your child is, and give them the freedom to be who they are. Sometimes, this is one of the hardest things for a parent.

When we set out to have kids, we start to dream. We begin to picture what their childhood will look like. We envision them following in our footsteps, and daydream about sharing certain experiences with them. Then, as their little personalities begin to develop, noticing the differences between you and your child or your child and other children can be difficult.

My kids don’t fit in a box. My son isn’t running around the playground with the other boys. He’s not crashing the Hot Wheels or asserting his four year old dominance. He doesn’t want to play guns and isn’t all that interested in sports. No, he’d rather hang out at the easel, quietly observe nature, or sit and enjoy a book. He’s not like the other little boys in his class. When I first noticed the difference, I felt anxious. It pained me to see that he didn’t quite “fit” with the other boys in his class. Then, as I started to think about it, I began to love and appreciate his differences. I was wrong to ever want to squeeze him into a mold that wasn’t made for him.

Imagine for a moment if someone told you that you had to fit into a box to be okay. What if you had to be someone you’re not to be accepted…to feel normal? I don’t want my child for ONE SECOND to feel like he/she has to be somebody they’re not to be loved, accepted, or special.

I don’t want my kids to be someone else’s version of “normal.” I want them to be completely and utterly who they are. I am pledging to not set out to change who my child is. I am committed to honoring the unique being my child is and promise to raise him/her to be confident and secure in who they are. I will celebrate my child’s differences. I will dote on their quirks. Because that special little boy….the one who would rather paint or collect leaves than play the Avengers…that little boy is MINE, and he is perfect the way he is.

I ask you today to stop mourning the differences you see between your child and the others. CELEBRATE them. Raise up your child to be confident and self-assured. You may have to let go of a few preconceived notions about what their childhood will look like. You may have to give up YOUR dreams for them. My little guy will likely never be the quarterback or the class clown. He’ll likely be the shy, sensitive, artsy guy….and that makes me so incredibly happy….because he will be HIM. I want my kids to break the mold and be their own person. It’s okay not to run with the pack. It’s okay to have the child who isn’t “cookie cutter.”

Love them. Celebrate them. Give them the freedom to be who they are.