Posted by Bekki on Apr 3, 2013 in Books, Featured, Reviews and Giveaways, Uncategorized | 0 comments 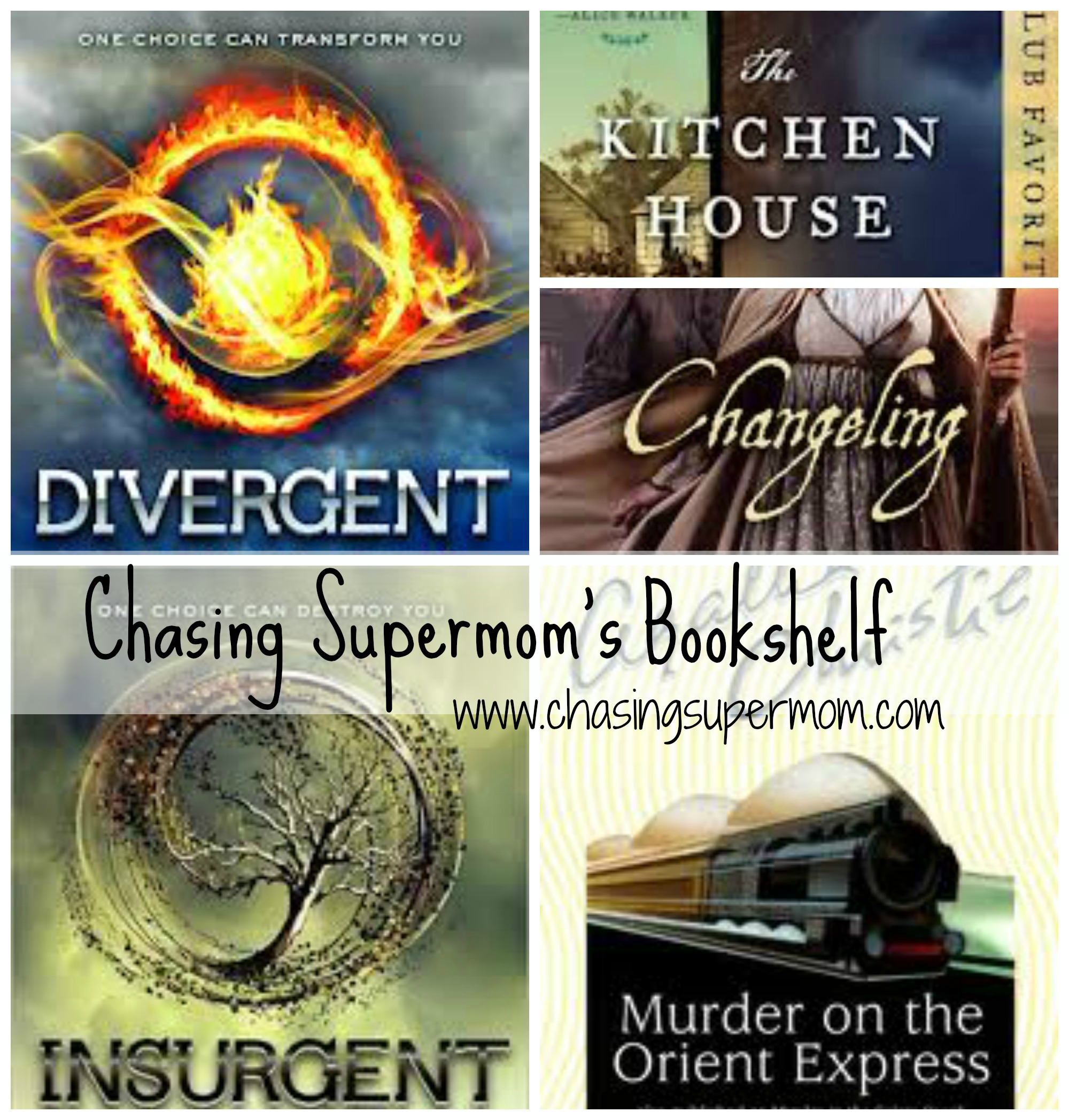 At the beginning of January, my 7 year old daughter set a goal for herself of reading 25 chapter books in a year. I thought about how many books I’d read in the previous year, and was disappointed in myself when I realized it had only been a handful. Despite my complete and utter love of reading, I hadn’t made it a priority.

I made a decision to take the challenge right along with my daughter. I wanted to set an example for my children and longed to lose myself in a good book. I decided it might be fun to share the books I’m reading this year with you….both the good and the bad. I RARELY accept book reviews on the site, so each of these books was chosen by me for one reason or another. I was not compensated or solicited in any way. I either put these books on hold or found them on the shelves of my small-town library.

Perhaps you’ll find a title or two that inspires you to read. While I tend to focus on creating book lists for children, I absolutely long for everyone to discover the joy of reading. When someone tells me they simply don’t like to read, I reply “You just haven’t found the right book.”

Today I’ll walk you through the first 5 books I’ve read thus far. I started off my 2013 reading adventure with a bang, and happened to select a few INCREDIBLE titles. I don’t typically find myself rating books a 5, but was thoroughly wowed and intrigued with the majority of these selections. 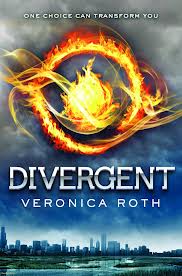 In Beatrice Prior’s dystopian Chicago world, society is divided into five factions, each dedicated to the cultivation of a particular virtue—Candor (the honest), Abnegation (the selfless), Dauntless (the brave), Amity (the peaceful), and Erudite (the intelligent). On an appointed day of every year, all sixteen-year-olds must select the faction to which they will devote the rest of their lives. For Beatrice, the decision is between staying with her family and being who she really is—she can’t have both. So she makes a choice that surprises everyone, including herself.

During the highly competitive initiation that follows, Beatrice renames herself Tris and struggles alongside her fellow initiates to live out the choice they have made. Together they must undergo extreme physical tests of endurance and intense psychological simulations, some with devastating consequences. As initiation transforms them all, Tris must determine who her friends really are—and where, exactly, a romance with a sometimes fascinating, sometimes exasperating boy fits into the life she’s chosen. But Tris also has a secret, one she’s kept hidden from everyone because she’s been warned it can mean death. And as she discovers unrest and growing conflict that threaten to unravel her seemingly perfect society, she also learns that her secret might help her save those she loves . . . or it might destroy her.

First off, let it be said that I have a “thing” for YA dystopian fiction. I devoured “The Hunger Games,” “The Uglies,” etc. I eagerly dove into this book and found myself completely lost in minutes. Not since Twilight, have I abandoned housework, blogging, and other “mom duties” with such vigor. I read all 576 pages in one day. The pages simply would not turn fast enough as I found myself immersed in Divergent initiation, and found a new virtual suitor in Four. 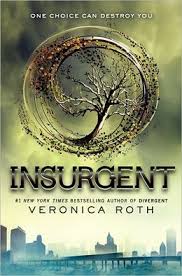 One choice can transform you—or it can destroy you. But every choice has consequences, and as unrest surges in the factions all around her, Tris Prior must continue trying to save those she loves—and herself—while grappling with haunting questions of grief and forgiveness, identity and loyalty, politics and love.

Tris’s initiation day should have been marked by celebration and victory with her chosen faction; instead, the day ended with unspeakable horrors. War now looms as conflict between the factions and their ideologies grows. And in times of war, sides must be chosen, secrets will emerge, and choices will become even more irrevocable—and even more powerful. Transformed by her own decisions but also by haunting grief and guilt, radical new discoveries, and shifting relationships, Tris must fully embrace her Divergence, even if she does not know what she may lose by doing so.

The SECOND I finished Divergent, I felt a compulsion to read the next book. I simply HAD to keep reading. Stopping or taking a break didn’t seem like an option. I quickly discovered that my local library happened to have a copy on their shelves, and remember feeling put-out that it was dinner-time and I had to stop and feed my family. (Not kidding.) I rushed through dinner, hopped in the car, and grabbed the book. I was up until 1 am, and finished the next morning. I am now waiting in agony until October, when the third book will be released.

3. Murder on the Orient Express by Agatha Christie – 5 stars

Just after midnight, a snowstorm stops the Orient Express dead in its tracks in the middle of Yugoslavia. The luxurious train is surprisingly full for this time of year. But by morning there is one passenger less. A ‘respectable American gentleman’ lies dead in his compartment, stabbed a dozen times, his door locked from the inside . . . Hercule Poirot is also aboard, having arrived in the nick of time to claim a second-class compartment — and the most astounding case of his illustrious career.

My old book club read a Christie novel several years ago, and I’d been wanting to read another ever since. I’m not typically a fan of mysteries, but love Christie’s ability to keep you guessing. Lesson learned from reading this novel? I would make an utterly horrible detective. I did NOT see the end coming and welcomed the surprise! I loved that a 79 year old book in a genre I typically detest, could capture my attention in such a gripping way. 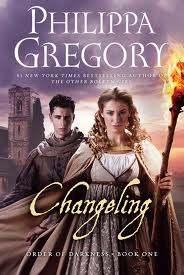 – 2 stars (simply because I chose to finish it, and not abandon it)

The year is 1453 and all signs point to it being the end of the world. Accused of heresy and expelled from his monastery, handsome seventeen-year-old Luca Vero is recruited by a mysterious stranger to record the end of times across Europe. Commanded by sealed orders, Luca is sent to map the fears of Christendom and travel to the very frontier of good and evil.

Seventeen-year-old Isolde, a Lady Abbess, is trapped in a nunnery to prevent her from claiming her rich inheritance. As the nuns in her care are driven mad by strange visions, walking in their sleep, and showing bleeding wounds, Luca is sent to investigate and driven to accuse her.Forced to face the greatest fears of the dark ages—witchcraft, werewolves, madness—Luca and Isolde embark on a search for truth, their own destinies, and even love as they take the unknown ways to the real historical figure who defends the boundaries of Christendom and holds the secrets of the Order of Darkness.

What a complete and utter let-down. An intriguing summary and my love of “The Other Boleyn Girl” made me certain I would enjoy this book. While pieces of the book were interesting (albeit contrived and predictable), much of the story is slow. The two main “stories” within the book feel very disjointed. I also felt as though the reader was given a bait and switch. The notion of a “changeling” isn’t addressed until the final pages, and only then in a minimal way. The book felt completely unbelievable and as though it was written to someday be a horribly acted made-for-tv movie on Lifetime.
While the author intends for you to keep reading the series (to no doubt watch some of the more obvious story lines play out (ie-Luca and Isolde) and to have the one question you are left with answered, the book lacks the “I can’t wait for the next one!” quality that the other series books being written right now have. I kept turning the pages, much like when you continue to watch a slow movie, just hoping for something to happen, but ended disappointed. I believe the word, “Seriously?!” came out of my mouth after the final page. This is definitely NOT what I expected from a Gregory novel. This feels like an author experiencing a mid-life crisis, taking a path not meant for her. 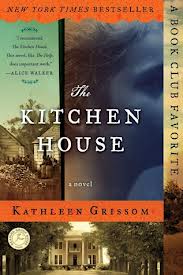 When a white servant girl violates the order of plantation society, she unleashes a tragedy that exposes the worst and best in the people she has come to call her family.

Orphaned while onboard ship from Ireland, seven-year-old Lavinia arrives on the steps of a tobacco plantation where she is to live and work with the slaves of the kitchen house. Under the care of Belle, the master’s illegitimate daughter, Lavinia becomes deeply bonded to her adopted family, though she is set apart from them by her white skin.

Eventually, Lavinia is accepted into the world of the big house, where the master is absent and the mistress battles opium addiction. Lavinia finds herself perilously straddling two very different worlds. When she is forced to make a choice, loyalties are brought into question, dangerous truths are laid bare, and lives are put at risk.

The Kitchen House is a tragic story of page-turning suspense, exploring the meaning of family, where love and loyalty prevail.

The Kitchen House was chosen to be the first Chasing Supermom book club read. While the book club never really materialized (boo), I was delighted that my readers chose this book that I never would have read otherwise. I typically shy away from historical fiction, but I found The Kitchen House to be powerfully gripping. I felt as though I was a silent observer in the midst of the characters, soaking in Grissom’s rich description.

I can’t tell you how many times this book moved me to tears. My husband would glance over and comment, “Are you crying again? Who died now?” (As a warning, death, sadness, and horrific life events abound in this novel.) You too might be reaching for the laudanum after reading this book, but the story will grip you, and you will find yourself unable to stop turning the highly depressing, yet intriguing and compelling pages.