Posted by Bekki on Nov 25, 2013 in Featured, Movies, Reviews and Giveaways, Uncategorized | 0 comments 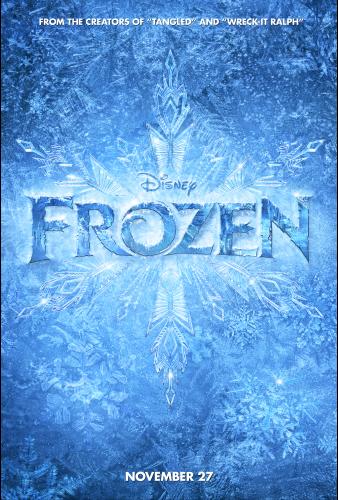 *This post is sponsored by Disney. I received free tickets in exchange for this post. All opinions are my own.

This past week, I was able to take my two oldest children (7 & 5) to Disney’s Frozen. All three of us loved it! 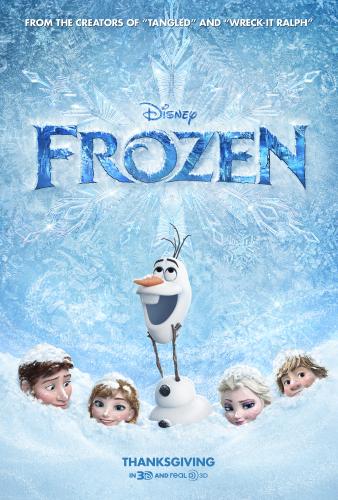 adventure. Fearless optimist Anna (voice of Kristen Bell) sets off on an epic journey—teaming up with rugged mountain man Kristoff (voice of Jonathan Groff) and his loyal reindeer Sven—to find her sister Elsa (voice of Idina Menzel), whose icy powers have trapped the kingdom of Arendelle in eternal winter. Encountering Everest-like conditions, mystical trolls and a hilarious snowman named Olaf (voice of Josh Gad), Anna and Kristoff battle the elements in a race to save the kingdom.

Anna is enchanting – down-t0 earth, strong, and brave. She believes in true love and big dreams but isn’t afraid to get her hands dirty or put in a hard day’s work. Anna is exactly who I want my girls to be. The bulk of the movie centers around Anna’s journey to find her sister Elsa, and convince her to come home and stop the endless winter she cast on the town with her ice powers. Along the way, Anna meets “work-in-progress” Kristoff and his adorable reindeer Sven, and together they work to find Elsa. Of course there are surprises along the way, like a comedic talking snowman, a family of trolls, and a few other twists and turns! (My jaw literally dropped at one point!)

Frozen is a movie the whole family will enjoy. My son loved Olaf the talking snowman, my daughter loved seeing Elsa’s powers take shape, and I found myself relating to both of the sisters and their emotional journeys.

A few scenes may be scary for younger/more sensitive children, and the film used a word (“butt”) and an expression (“What the?”) that we don’t allow in our home, but other than that, this is an awesome family film that you can feel comfortable allowing your children to watch.

This is a story about family, discovering who you were meant to be, and the real meaning of true love. It also reminds you that, “Some people are worth melting for.” ~Olaf the Snowman. Hit the theaters this Thanksgiving and check out Frozen with your family!