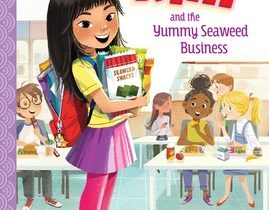 This post is written in partnership with Simon & Schuster. I received a free copy of this book to facilitate a review, and was asked to post. No compensation was received. Opinions are my own.

As a parent, I love finding books that feature strong and relatable girls. I was delighted to find Mindy Kim and the Yummy Seaweed Business. Mindy Kim is a sweet seven year old, doing her best to fit in at a new school and make friends all while navigating the recent loss of her mother.

I appreciate the courage of author Lyla Lee, as she confronts difficult topics in a way that does not feel overwhelming. Kids walking through these situations won’t feel alone, and children who haven’t experienced loss or being the “new kid” will learn to develop empathy and compassion.

My daughter really enjoyed this book, and is eager to read the next in the series. In the words of my second grader, Mindy is nice, respectful, and I think if we went to the same school, I would be her friend. I might even buy her seaweed. 😉 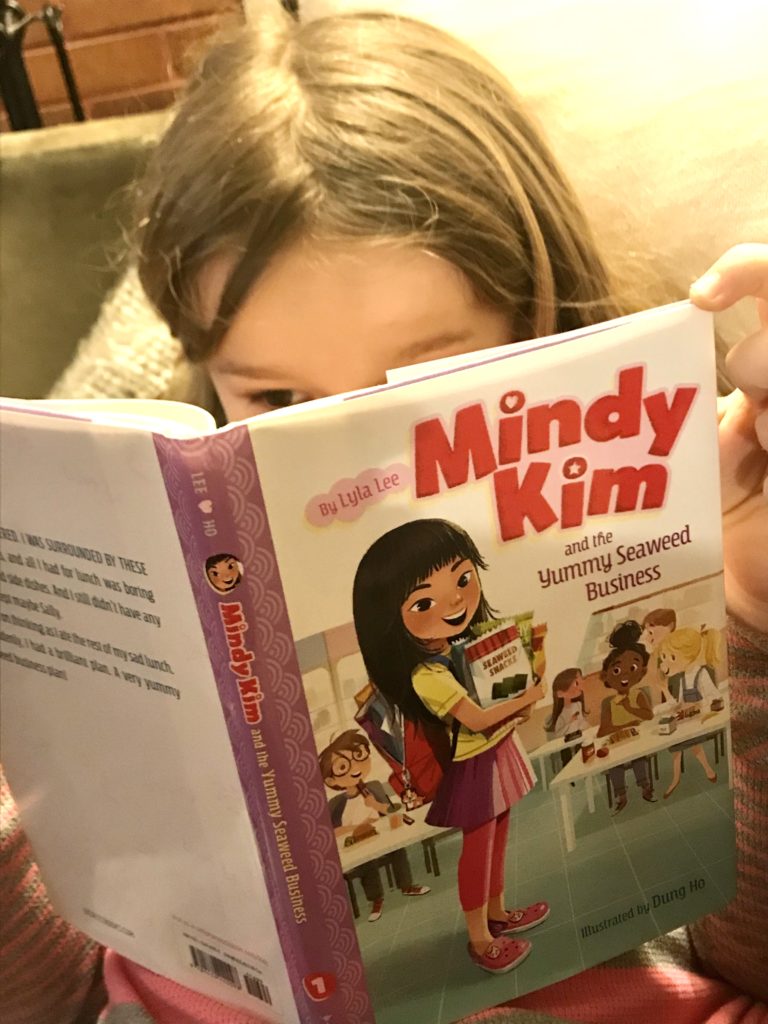 About the Book (From the publisher):

Fresh Off the Boat meets Junie B. Jones in this first novel in an adorable new chapter book series about Mindy Kim, a young Asian American girl who is starting a snack business!

Mindy Kim just wants three things:
1. A puppy!
2. To fit in at her new school
3. For her dad to be happy again

But, getting all three of the things on her list is a lot trickier than she thought it would be. On her first day of school, Mindy’s school snack of dried seaweed isn’t exactly popular at the lunch table. Luckily, her new friend, Sally, makes the snacks seem totally delicious to Mindy’s new classmates, so they decide to start the Yummy Seaweed Business to try and raise money for that puppy!

When another student decides to try and sabotage their business, Mindy loses more than she bargained for—and wonders if she’ll ever fit in. Will Mindy be able to overcome her uncertainty and find the courage to be herself?

At first, she (Mindy) trades her seaweed for the other kids’ snacks because all she gets is stuff like rice and rolled eggs. Then her friend Sally comes up with an idea to sell the seaweed for money instead of just trading the seaweed for snacks. So Mindy Kim sells the seaweed for $1 so she can save up enough to buy a puppy for her dad. She gets in trouble for selling the seaweed because it’s against the rules “technically” (she did this in air quotes), and she has to go to the principal’s office! At home, her dad surprises her with a cake and says she might get a puppy for her birthday.
Also, she likes sweets, loves puppies, and her dad has to work a lot. Her mom died and that’s really sad.

Harper is already eager to read the next book! (Hooray for finding a book series she loves!) I know your kiddo will love it too. Check the out!